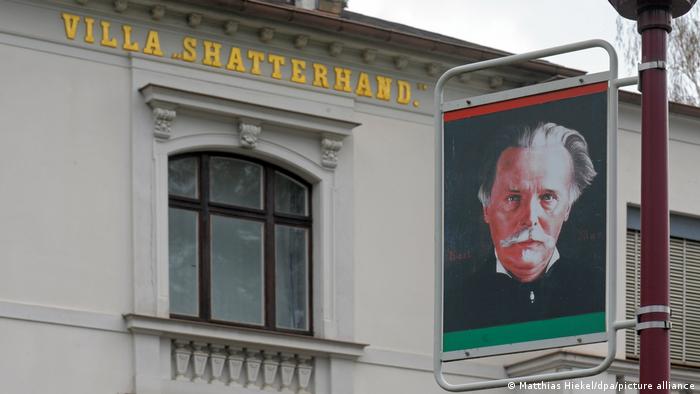 A museum in eastern Germany dedicated to the work of legendary German "Wild West" writer Karl May has agreed to repatriate a Native American scalp after a six-year struggle.

The diplomatic struggle began with a complaint by the Chippewa tribe in Michigan, which led to a specially-commissioned study, a new ethnographic specialist at the museum, and finally mediation by the US State Department.

In a board resolution passed on the weekend and seen by DW, the Karl May Foundation in Radebeul, Saxony, was keen to stress that the repatriation was being undertaken "voluntarily and without any obligation, either legally or morally, but solely for ethical reasons to re-humanize and repatriate the scalp ... in a dignified manner."

"The human remains will be handed over to an official representative of the US government for internment on American soil since the indigenous descendants could not be ascertained," the resolution concluded.

The last line hinted at the reasons for the protracted battle over the scalp. In 2014, the Sault Ste. Marie Tribe of Chippewa Indians in Michigan sent a letter of complaint to the German museum after a US visitor brought their attention to the display.

But for many years, the museum refused to return the scalp on the grounds that they could not ascertain its origins. In an interview with DW in 2014, then museum director Claudia Kaulfuss said: "We have four scalps on display, and it's not even clear which tribes they belong to. We have two from white people, two from Indians — one of them is more or less just a plait of hair, and whether any really belongs to an Ojibwe Indian we don't know." (Ojibwe is the original spelling of Chippewa).

But, contradicting this, the museum had posted its own story of the scalp's origin on its website: The scalp had been donated in 1926, shortly before the museum opened, by Ernst Tobis, an eccentric Austrian traveler and sometime acrobat who went by the pseudonym Patty Frank, and who bequeathed his collection of Native American artifacts to the museum as a Karl May enthusiast.

The story went that, on a night-time trip to a Native American reservation, Tobis held "tough negotiations" with Dakota chief Swift Hawk, "who had won the scalp in a fight with an Ojibwe," and bought the "trophy" for two bottles of whisky, a bottle of apricot brandy, and $100. That story was then repeated in the foundation's 1929 "year-book," which the museum used as a source.

But the museum took down that story after the Chippewa claim arrived from Michigan, and in the new resolution, the Karl May Foundation now admits, "The truth of this story cannot be ascertained."

In the interim, the museum and the tribe agreed to undertake studies into the origins of the scalp, but they could only come up with the best guess about which Native American tribe it belonged to. According to the Chippewa report, finished in 2015, the feathers and amulets attached to the scalp were consistent with Sioux tradition, which made it possible that it was "an Ojibwe person killed in combat," as the Ojibwe and Sioux were frequently at war from the early seventeenth century to 1858.

The report by the tribe, addressed to the museum, concluded: "We come to you humbly and peacefully to ask for our Ancestor back." Even though the scalp's origins could not be determined, the two authors wrote, "We do however know that this individual was taken without the authority to do so, and placed in a museum to be shown like a picture on the wall. We do understand how this individual's spirit is now broken and is crying out for its people to come and safely bring them home."

"Today, in this moment we are making history," the report said. "Together the Karl May Museum and the Sault Ste. Marie Tribe of Chippewa Indians can come together to mend the broken spirit of our Ancestor."

Nevertheless, the museum took another five years to accede to the plea. The then curator, now museum director, Robin Leipold, explained that it had taken a fundamental sea-change in attitude to what a museum should be to come around to the repatriation.

The Battle over an Ojibwe Scalp (video from 2014)

"Times have changed," museum director Leipold told DW. "The Karl May museum has got older and has to re-invent itself and reform. And that only works in contemporary times if you engage internationally and build up partnerships. If you have a so-called 'Indian' museum, then it only works if you work together with indigenous people."

The Karl May Museum, which sees 50,000 visitors each year, is privately run and is dedicated to the work of a hugely popular writer of Wild West adventure stories, whose works were filmed many times in Germany and created childhood heroes of characters like Old Shatterhand and Winnetou.

At the same time, Leipold explained, the museum sees its collection as an archive of Native American culture — which meant the board had to weigh up the question of what was more important: to keep the scalp as a cultural artifact or honor the museum's new partnership with Native Americans and its idea of what a modern museum is.

The museum still has a number of other scalps, some belonging to white people, whose origins are yet to be ascertained. Leipold says the museum will now decide on a case by case basis how to deal with the remains.

The Chippewa cultural repatriation department will be releasing a press release next week.

Who was Karl May? Facts and myths surrounding the creator of Winnetou

His character Winnetou was as famous as Harry Potter, but the life of best-selling author Karl May, born 175 years ago, remains shrouded in mystery. What is fact and what is fiction?