German unification: subsidizing the East | Germany | News and in-depth reporting from Berlin and beyond | DW | 02.10.2012

The former East German states have been subsidized to the tune of billions of euros - not always successfully. Struggling regions in the west now want a share of the financial support. 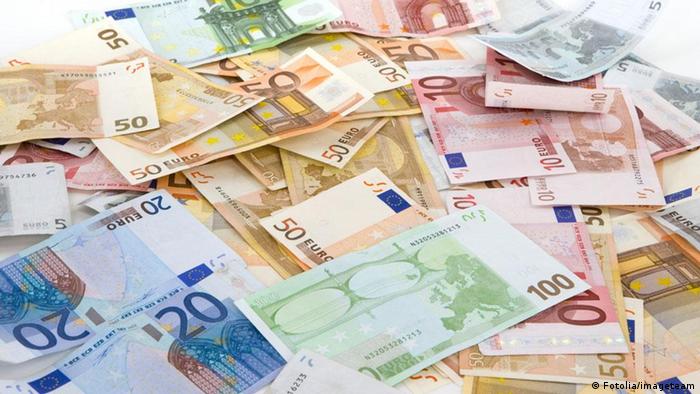 Twenty-two years after German unification, the gap between east and west is widening once again. The gross domestic product in the eastern states has shrunk by 2 percent, and now stands at just 71 percent of per-capita GDP in the West. Prospects are not good. Many of the young generation are moving away; not enough trainees are coming onto the eastern German job market. Wages and salaries there are about a quarter less than what they are in the western states.

But in western Germany, too, there are entire regions struggling with the consequences of structural change. The industrial Ruhr valley is just one example. For a long time now many people have been calling for an overhaul of the system, and for subsidies to be allocated differently. Two decades after the euphoria of unification, the everyday reality is hitting home. 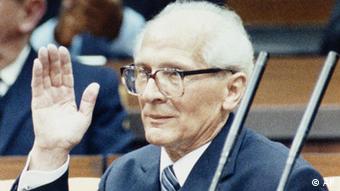 In January 1989 East German leader Erich Honecker was asked to predict the future of the Berlin Wall. "It will still be there in 50 or even 100 years," Honecker declared, "if the reasons for its existence have not been eliminated." Ten months later, the Wall had fallen.

In Honecker's dogmatic view, the biggest obstacle to the removal of the "anti-Fascist protection wall" was of course capitalism. But capitalism still exists, and the market economy in the united Germany is proving both a resilient and a socially compassionate system. Had it not been far more efficient than the socialist planned economy, there might still be an East Germany.

The rebuilding of Germany after 41 years of division was and remains a unique accomplishment. Mistakes were made in the process, and are still being made today. Yet on balance it is an achievement to be proud of. The most important point was that it was the people of East Germany who themselves decided in favor of freedom and unification over state oppression.

The making of history 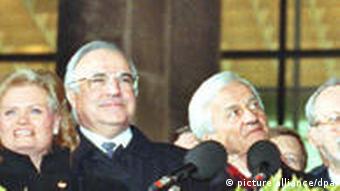 The final prerequisite for reunification was the resolution passed by the East German parliament on 23 August 1990 on the "accession of the German Democratic Republic (East Germany) to the territory of the Constitution of the Federal Republic of Germany (West Germany) according to Article 223 of the Constitution." In this unspectacular and bureaucratic fashion, history was made.

Reunification on October 3, 1990 was an emotional climax to a period of breathtaking change. In the final year of its existence, the GDR had truly become a German Democratic Republic, as it never had been before.

Solidarity Pact as an instrument of reconstruction

What belonged together now had to grow together, as the former West German Chancellor Willi Brandt had put it: politically, geographically, and socially. On the economic level, the two Germanys were initially entirely incompatible. East German industry was largely incapable of competing on the international market. It had too many employees, productivity was low, and the quality of its products was far below that in the West.

Within just a few years, the Treuhand agency responsible for privatizing East German industry had sold off around 14,000 state enterprises. The Solidarity Pact, a massive program of subsidies for the East, pumped a net worth of around 1.4 billion euros into eastern Germany between 1990 and 2010. Around two-thirds of this was for social welfare payments - and still is.

This historic agreement is valid until 2019, but year by year the subsidies given to the East are gradually being reduced. 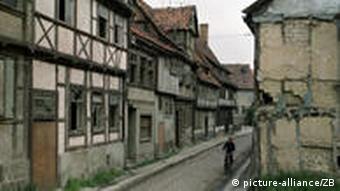 After unification, many towns in the former East needed subsidies to get back on their feet

From the East German perspective, it was a stroke of luck to be able to overhaul the ailing socialist economy with economic assistance from the West. Western Germans accepted the Solidarity Pact, and the introduction of a new tax to finance it, as a matter of course. But with financial support for the east continuing 22 years later, this acceptance is reaching its limits.

The fact that this subsidy is provided only to the eastern states is becoming particularly contentious. For a long time now many regions in the West have suffered from similar conditions to those the eastern states endured shortly after unification: industrial decline, high unemployment, migration away from the area, municipal debt. The former industrial heartland between the Ruhr and the Rhine is particularly vocal in calling for the subsidies to go to areas in particular need, regardless of geographical location. Even eastern German politicians are not deaf to western states' appeals for fairness. 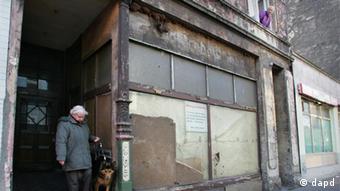 Nowadays the former industrial heartland of West Germany, such as Duisburg in the Ruhr, is in need of financial assistance

Comparing a few examples, the problem immediately becomes clear. Oberhausen, Gelsenkirchen, Wanne-Eickel: all are just as badly off as many municipalities in the East. Some are faring even worse. Several mayors in western towns have said they don't want to take out any more loans to provide financial support to the East. And many westerners feel the same way - people who live in areas of increasing poverty, who for years now have been seeing libraries, swimming pools and advice centers in their areas close down.

One thing is certain: the West has started to feel equivocal about its role as helper, and the East's role as victim is coming under careful scrutiny. Many regions in Saxony and Thuringia no longer need subsidies, while areas in northern Germany and the Ruhr slide ever deeper into debt. The Solidarity Pact in its present form looks set to become a central topic of debate in Germany after the parliamentary elections in 2013. The end result could be a pact to spread subsidies right across the country.

A memorial to the Peaceful Revolution of 1989 is planned for Leipzig. But residents and politicians are divided over whether or not the city needs such a memorial and, if so, how it should look. (03.10.2012)

A GDR human smuggler looks back - and ahead

For his work smuggling East Germans out of the communist GDR, Rainer Schubert spent nine years in prison. Today, he lives in the German capital with his interrogators. He believes Germany needs 'Berlin trials.' (02.10.2012)

Less than 12 months after the fall of the Berlin Wall, East and West Germany were joined officially on October 3, 1990. DW reviews the history of that momentous occasion and how it continues to shape German life today. (03.10.2012)