Northern Mali is still troubled by sporadic violence as demands by Tuareg rebels for autonomy remain unresolved. EU nations have been training the Malian army so it can meet such security challenges more effectively. 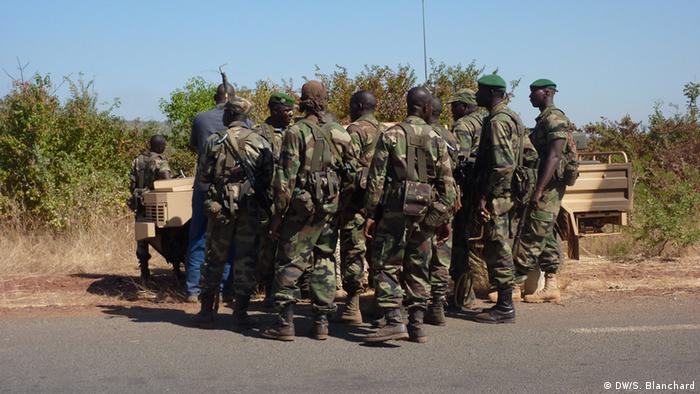 It is a bumpy 60 kilometers (37 miles) from the Malian capital Bamako to Koulikoro as the heavy trucks and other vehicles from the EU training mission have left a fair share of potholes behind them since the mission started in April 2013.

The Malian army made Koulikoro camp available for the mission. Some 500 Europeans live and work here. There is a canteen and a military clinic as well as classrooms. There are also bars and a pizza oven which the Germans and Italians have built. A short distance away are the tents housing the Malians they are training,

There are clear dividing lines between 20 European nations as to who shoulders which responsibilities. A group of 90 medical personnel from the Bundeswehr, Germany's armed forces, runs the clinic. A further 30 German troops have been training four battalions of Malian engineers, 600 men altogether. Lieutenant Colonel Thorsten Ickert is in command. He explained that they are training the Malian army, four battle groups in all, so that they can be deployed to the north of Mali.

"There is little in the way of infrastructure in the north, it's mostly dry savannah or desert, and if you are on a military operation there, then you have to look after almost everything yourself. There's no hope of getting any sort of extra supplies brought in for hundreds of kilometers. That means you have to sleep out in the open at night, buy your food at local markets and prepare it yourself. All this has to be arranged beforehand," he said. 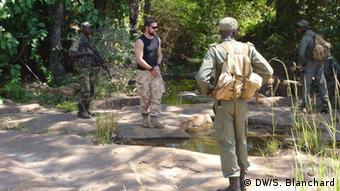 During their training Malian soldiers are reminded of the rights of prisoners-of-war.

Northern Mali is regarded as very dangerous. Tuareg separatists from the National Movement for the Liberation of Azawad (MNLA) recently occupied large swathes of territory and the population was also terrorized by militant Islamists. The chaos was triggered by a military coup in the south of the country in which President Amadou Toumani Toure was toppled by a group of officers in March 2012. France then dispatched troops to northern Mali. Along with forces from Mali and other African countries, the French were able to drive the Islamists away.

Over the last few months, Mali appeared to be making progress towards peace and stability. In June, the Tuareg separatists sealed a ceasefire with the Malian army and the leader of the coup, Amadou Haya Sanogo, was arrested. But the fragile peace lasted only half a year and after frequent clashes with the army, the rebels revoked the truce at the end of November. The security situation remains tense and the Malian soldiers at the Koulikoro camp do not know what awaits them once their training has finished.

Each Malian engineers' battalion is trained for ten weeks. They learn the basics of military engineering, how to use their equipment and how to conduct themselves in a combat zone. 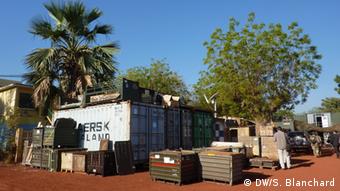 As they near the end of their training, the engineers of the 3rd Battalion engage in a joint exercise with infantry under the most realistic conditions possible. The German instructors only intervene if the soldiers end up in serious danger. Malian officers, who have already been trained, are watching from the sidelines so that they can work as instructors later.

"Ahead of us," explains Captain Alexander Rost from the Bundeswehr, "at a distance of 200 meters is a bridge. It's now being checked for IEDs – improvised explosive devices." A Malian officer says he has told his soldiers to search further to the left.

At the start of their mission the Bundeswehr instructors were taken aback by the poor equipment and training of the Malian engineers. But after several weeks of working together, it appears the Germans have been able to learn a thing or two from the Malians as well.

"In Germany, you can buy a lot of the gear you need for survival training in a hardware store but here the Malians have made what they need themselves," said one German soldier. "They also cope very well with this terrain. We would probably die of thirst within two days. The Malians, though, know how to make the most of the shade and how to use their resources sparingly."

Something makes the soldiers uneasy. "Look at those stones piled up in the middle of the road. That looks fishy," said a Malian engineer. He wants to secure the bridge and call in mine clearance. But then shots ring out and the soldiers throw themselves flat on their faces. One of the German instructors had hidden himself away and was now acting the jihadist, carrying out an ambush. "The enemy is right on top of us. We'll have to prepare to fight, before we can get the mines defused," said the Malian soldier. 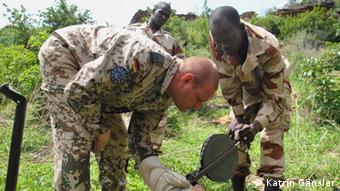 One priority during training is to convey to the Malians that the human rights of their opponents in combat must be respected. Prisoners-of-war, for example, are entitled to food and drink. Even though they are satisfied with the German training they have received, the Malian engineers felt the time allotted was too short. They would also have liked to have had some better equipment - particularly those who had already been to northern Mali.

The Bundeswehr instructors also concede that a lot more needs to be done before the Malian army is turned into a fully professional force. "I don't know how long it will take, but we are already taking the first steps," said Lieutenant Colonel Thorsten Ickert. It is possible that the mission could be extended beyond the initial 15 months and the EU is expected to discuss this in mid-December. It seems the Germans could be in Koulikoro for some time to come.

A rebel separatist group in Mali has declared an end to a five-month ceasefire pact with the government following clashes in the city of Kidal. It follows elections marking a transition to democracy after a 2012 coup. (29.11.2013)

No party has won an absolute majority in Mali’s parliamentary elections, triggering a second round of voting. The polls were to mark Mali’s transition to democracy, but the low turnout has left many disappointed. (28.11.2013)

Al Qaeda’s North African branch has claimed responsibility for the murder of two French journalists who were abducted in northern Mali. The cell said the killings were to avenge France’s "new crusade" in its old colony. (07.11.2013)