German defense company Krauss-Maffei Wegmann said it has received an order from Qatar worth almost 2 billion euros ($2.61 billion). The company is set to deliver tanks and other vehicles. 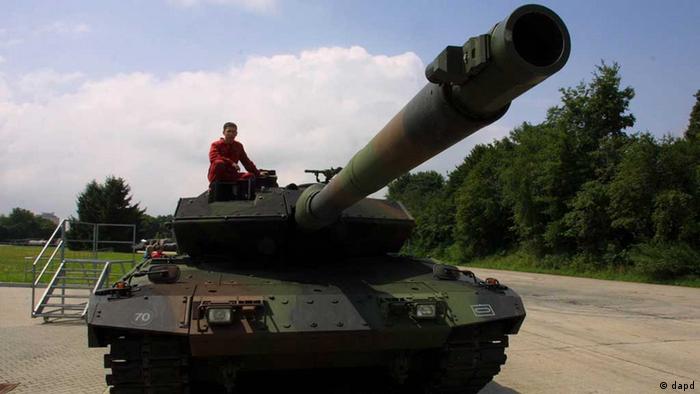 The manufacturer of Germany's Leopard battle tanks reported on Thursday that planned deliveries of tanks and other armored vehicles to Qatar would be worth 1.89 billion euros ($2.5 billion).

The Munich-based company Krauss-Maffei Wegmann said Qatar was hoping to get 62 Leopard 2 tanks and 24 PzH 2000 armored howitzers in a bid to modernize its 8,500-strong army.

The German firm added the deal included setting up training schools and service units on the ground.

Brazil is set to buy 34 used German anti-aircraft tanks. This is the latest in a series of deals to bolster the armed forces ahead of two major international sporting events – and a visit by the pope. (12.04.2013)

Krauss-Maffei indicated Qatar's current tanks and artillery of French and South African makes were over four decades old and would gradually be replaced.

Sensitive arms exports often face criticism from Germany's pacifist camp, with relevant deals usually not officially announced until the chancellor has committed herself to supporting them. Last summer it became public that Qatar was showing an interest in purchasing up to 200 Leopard 2 tanks. Citing Qatar's human rights record, some Social Democrat, Green and Left party lawmakers demanded that no such deal be approved.