Rich German states helping poor German states by sending them cash is a founding principle of Germany's financial equalization. Yet some of the richer states feel the system has gone too far and outlasted its use. 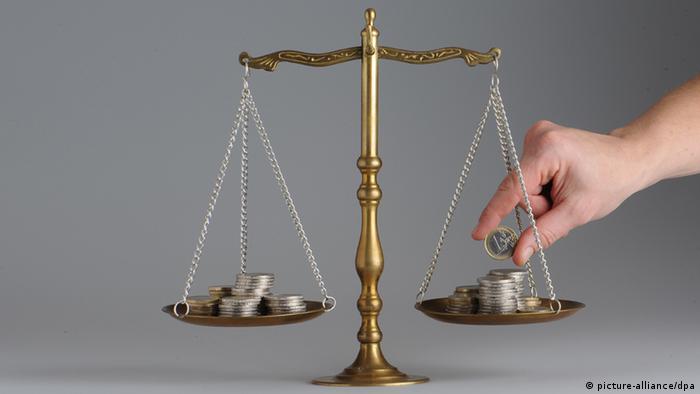 "The lawsuit before the court is an act of political self-defense," said Volker Bouffier, the premier of the German state Hessen. Between 1995 and 2007, Bouffier's state of 6 million was the loser in Germany's federal equalization system. Over that period of time, Hessen's state coffers were depleted by a net sum of 35.4 billion euros ($46.1 billion).

"It can't be that 10 percent of our budget ends up in other states, which then pay for things we ourselves can't afford," he said. Over the last 17 years, Bavaria's 12.5 million citizens saw 41.2 billion euros in state tax revenues transferred out of Bavaria.

For years, the three German states of Hessen, Baden-Württemberg and Bavaria have been paying out billions in euros to Germany's other 13 states. The largest recipient of those funds is Berlin.

Germany first devised a financial transfer system in the 1950s. The idea was simple: all German citizens should have a minimum standard of living that was independent of their state's financial condition. Problems really began in 1995, however, when Germany was re-unified and five former East German states, impoverished by decades of Soviet control, were incorporated into the system. 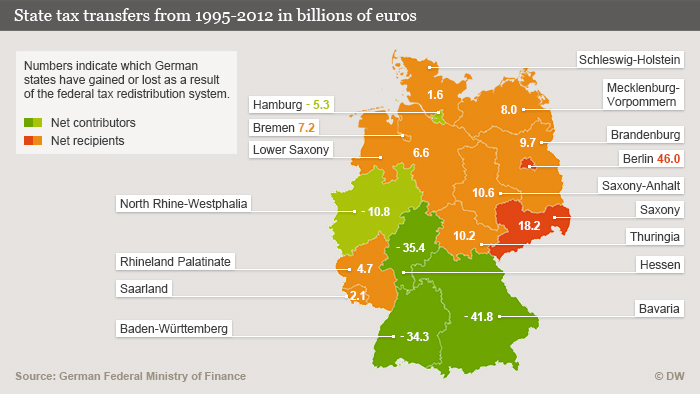 "How can it be that the budgetary brakes are being applied in Germany, all while the wealthiest states have to go into debt just to make financial transfer payments?" Seehofer asked. Whether for schools, universities, police, culture, affordable housing or social welfare, even the richest German states have been pinched in the last half-decade, and are having trouble making payments.

The states of Hessen and Baden Württemberg would prefer to see an incentive-based system. "Whoever works hard is punished and has to pay for it, while the states that don't improve their tax revenue base have nothing to fear, no consequences," Seehofer and Bouffier said at a joint press conference. Both believe in solidarity between states, yet also feel the current system goes too far.

But under a banner of "Laptop and Lederhosen," state politicians developed a system of incentives for businesses and factories. Bavaria ignored heavy criticism from Berlin for the subsidies it provided.

"We just went ahead and did it anyway," said Jürgen Hofmann, secretary general of the Bavarian Economic Advisory Council. One result of those efforts, Hofmann said, was the opening of the Munich's airport in 1992. Since then, the airport has become one of Europe's most important hubs. 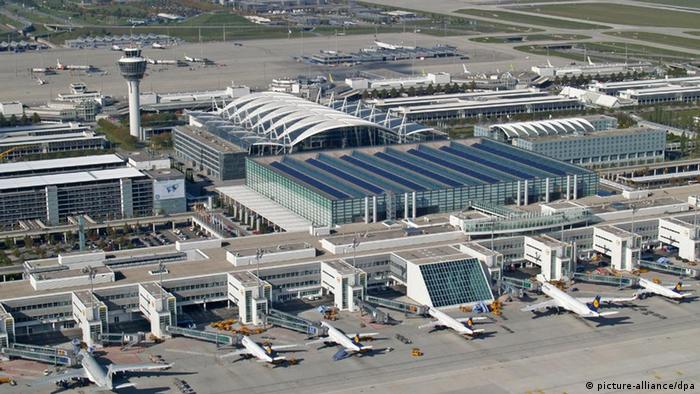 Hofmann said he believes the finances Bavaria received during those years "definitely helped." But he added that his state's success had more to do with the reforms pushed through Bavaria's state legislature.

Protests from state leaders throughout Germany reflect opposition to abolishing the financial transfer system and instead call for their modification. The most important change, the premiers said, relates to Berlin.

Since so many of the city's costs are the result of its being the seat of the federal government, Berlin's financial burden should therefore be shared proportionally among German states, they have said. The sentiment is also that beyond Berlin, states in general should increase levels of taxation in order to become self-sufficient.

Most of Germany's "receiver states" have not taken heed of the proposals. In negotiations with Bavaria, Hessen and Baden Württemberg, Germany's other states have yet to find a solution that pleases everyone. What is clear to all 16 states, however, is that something is likely to change by the end of the next six years.

In 2019, current laws governing the federal financial equalization will expire.

Highly indebted, without access to capital, viewed suspiciously by creditors - that was Germany in 1953. Half the country's debts were canceled 60 years ago this week - the foundation of the "economic miracle." (27.02.2013)

After all-night negotiations, European finance ministers are still at odds regarding how - or even whether - to continue helping Greece. Their opinions will collide once more at this week's EU budget talks. (21.11.2012)

For some, temporary employment is an indispensable labor market model, for others it's an instrument of exploitation. Mass joblessness in southern and eastern Europe could worsen that conflict in Germany. (21.02.2013)