German economic miracle: thanks to debt relief? | Germany | News and in-depth reporting from Berlin and beyond | DW | 27.02.2013

Highly indebted, without access to capital, viewed suspiciously by creditors - that was Germany in 1953. Half the country's debts were canceled 60 years ago this week - the foundation of the "economic miracle." 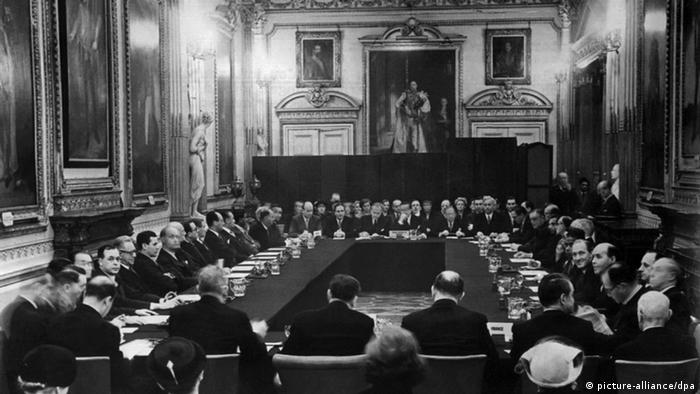 Many Germans are still proud of the so-called "economic miracle." Post-war growth was extraordinary - the new Federal Republic's economic output doubled between 1953 and 1963 alone. Generations of schoolchildren have since be taught that the Germans are simply unbelievably hardworking people who were supported by US money after the war.

"That is a very regrettable part of the suppression of history in this country," says Joachim Kaiser of erlassjahr.de, an alliance that campaigns for the cancellation of debts in the developing world. He believes that the Germans have forgotten that they were hopelessly in debt after World War II, not unlike Greece today. 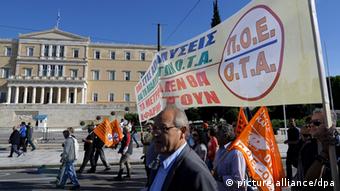 The parallels with Greece today are hard to overlook

It was only with the London Debt Agreement of 1953 that the German economy was given room to breathe again, says historian Ursula Rombeck-Jaschinski of Stuttgart University: "One could even argue that the economic miracle would have been impossible without the debt agreement."

In those dark days, Germany owed money to around 70 countries, with the debts partly dating from before the war, partly from the short period afterwards. Altogether, the debts were worth around 30 billion Deutschmarks. Budget cuts and laborious repayments were not an option for the West Germans - on the contrary - the economy desperately needed more cash to finance the country's reconstruction and growth.

That much was clear to the banker Hermann-Josef Abs, who led the German delegation in London in 1953 - his mission: to make the creditors of today into the financers and investors of tomorrow.

The negotiations, which began in the summer of 1952, were tortuous. Would the creditors write off their money? Could the Germans be trusted? "There was even a moment when the negotiations almost broke down," says Rombeck-Jaschinski. "The Germans had made the foreign creditors an offer that, from the point of view of the finance ministry, was the most that was possible. The creditors basically considered the offer an insult."

The suspicion of the creditors

The Germans were forced to alter their offer in order for talks to continue. The parallels with current negotiations between Greece and its creditors are obvious. Just like during that year in London, the key is finding the right balance. In 1953, the creditors wanted to get as much of their money back as possible, while at the same time Germany was not to be economically overburdened.

"The Britons above all took the view that the Germans could essentially pay everything back," says Rombeck-Jaschinski. "But the Americans blocked them, because they had an interest in making sure that Germany had money left over for other things, especially rearmament." 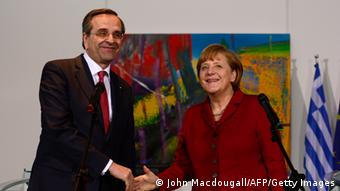 The agreement, which all sides finally signed on February 27, 1953, turned into a very good deal for the West German economy - around half of its debts were written off, the rest restructured for the long-term.

Birth of an export nation

On top of that, the agreement laid the foundation for Germany's export strength, as the country could only service its debts as long as it earned money through foreign trade. That, as Kaiser points out, meant creditors had an incentive to buy German products. In his opinion, a similar agreement today would help highly indebted Greece - particularly as the country spent billions on German tanks shortly before the debt crisis began.

"If we said: the Germans will only get their money if they agreed to a Greek trade balance surplus - then the Greeks could export for a long time and bring in German tourists, until they had finally paid for these damned tanks," says Kaiser.

Rombeck-Jaschinski says the situation 60 years ago cannot be transferred to today's problems so easily, but she does think the Germans shouldn't forget that their own country was once hopelessly indebted and dependent on foreign help.

The history of the euro currency seems also to be a history of broken rules. Efforts to rescue the currency have broken even more rules, but can the currency union survive if rules go on being broken? (22.01.2013)

The World Economic Forum (WEF) in Davos, Switzerland, has committed itself to "improving the state of the world." Once a year, entrepreneurs, politicians and scientists debate about how this can be achieved. (23.01.2013)

How could suspected Greek tax evaders data simply disappear? This question may soon come before a parliamentary probe. At the center of the scandal is the country's former finance minister. (13.01.2013)