After a long debate, ministers from Germany's states have agreed to break up the state monopoly on gambling services. As of 2012, the market will be opened to private companies offering betting on sports events. 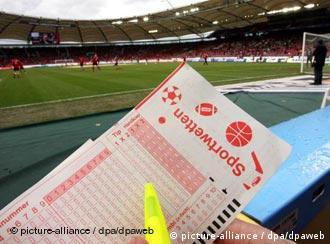 The sports gambling monopoly is a state money maker

Sports betting in Germany will be opened up to private providers in 2012, bringing Germany in line with a ruling by the European Court of Justice (ECJ).

At a special meeting in Berlin, the ministers of Germany's 16 states decided that the state monopoly on the provision of gambling services would be ended, but with strict restrictions.

The decision to abandon the state monopoly took ministers several hours longer than expected to hammer out, with the premier of Rhineland-Palatinate Kurt Beck saying it "was not an easy negotiation."

Under the current system, the state is responsible for gaming and betting. This means only the country's 16 states or companies run by them can offer gambling services. The law also bans most online betting, and forbids the advertising of gambling services.

The state also earns the revenue from legal gambling. In 2010, that revenue amounted to some 3.3 billion euros.

The current law came into effect in 2008, and regulated one of the last remaining monopolies in the country. Several private companies complained about the state's control of the market and their grievances were upheld by the ECJ in September 2010.

The ECJ said the state monopoly was "unjustifiable" and the German rules were not "consistent and systematic."

The current law runs out at the end of this year, so from 2012, new rules on betting and gambling will come into play.

The ministers decided on Wednesday that seven nationwide companies will be given licenses to provide gambling services on a five-year probationary basis. 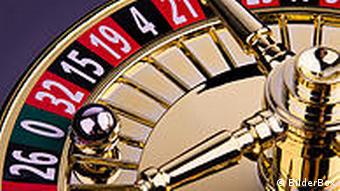 It was also agreed that advertisements for sports betting companies will be allowed. This opens up multi-million euro investment opportunities - particularly in the German football league. Bookmakers will be allowed to place their logos on players' jerseys, potentially creating new revenue for sports clubs.

There are still heavy restrictions. Live betting during sports events (for example, betting on the next goal-scorer in a soccer match) will be banned, and television advertising for betting companies is also not allowed.

The state monopoly on lotteries will also remain.

It was argued by the government that the state monopoly helped prevent people from becoming addicted to gambling. By controlling gambling operations, the state was better able to prevent addiction from getting out of hand.

However consumers have found loopholes in the state monopoly - by using foreign websites to gamble online.

An estimated four million Germans struggle with gambling addiction, and gamblers' support groups say it is a problem that is getting worse.

The Association for Gambling Addiction hopes the government will bring in tougher regulations which will better protect addicts. They would like to see the maximum wins and losses on slot machines reduced, along with enforced breaks in play and maximum playing times.

"These changes will affect gambling habits, and would mean that the till will be ringing a little less often," said the chairwoman of the association, Ilona Füchtenschnieder.

A newspaper report says Germany's largest producer of gambling machines has used a political loophole to pad the pockets of politicians. The report said over a million euros had been 'donated' in the past two decades. (18.02.2011)

German sports clubs could be the big winners from the EU overturning Berlin's gambling monopoly. Private betting companies would be able to take advantage of a huge market, if they were allowed in. (10.09.2010)

The state monopoly on gambling in Germany is 'unjustifiable' and must be broken up at once, the European Union's top court ruled on Wednesday. The court said the gambling laws were being applied inconsistently. (08.09.2010)