Lower Saxony has lifted a ban on female Muslim teachers wearing headscarves while teaching in public schools. The move follows a high court ruling that such a ban is against principles of religious freedom. 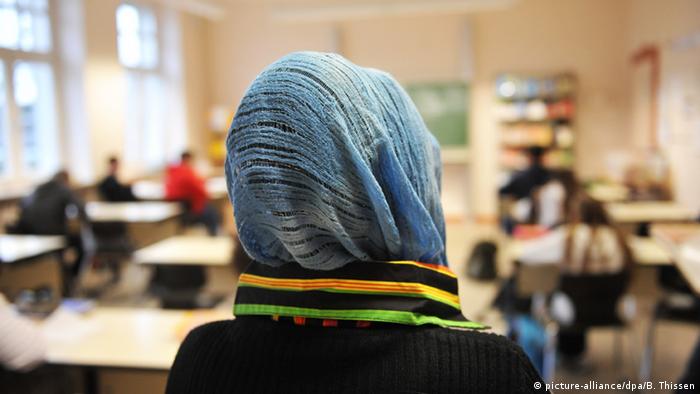 From now on, public school teachers in the German state of Lower Saxony will be permitted to wear a headscarf while at work. The state's Ministry of Education made the announcement in Hanover on Monday following a decision by Germany's high court that the ban violates religious freedom.

Before the change, teachers were only allowed to wear headscarves if they were religious education instructors giving lessons on the Islamic faith. From now on, all teachers in all subjects may wear a headscarf if they wish, unless it 'provokes dangerous conflict' or 'disturbs the peace' - in which case each incident will be reviewed by the ministry on an individual basis.

But this is unlikely to lead to any major constitutional changes in Germany, as the court's decision was vague enough not to demand that the other eight states that have bans on head scarves for public school teachers - among them Berlin, Bavaria, and Germany's most populous state, North Rhine Westphalia - change their statues.

According to Lower Saxony's Ministry of Education, only one of its 17 female Islamic religious education teachers chose to wear a head scarf last year, and no one had ever brought the ban to their attention as a problem. Allegedly the head scarf ban was a sticking point with a deal the state hopes to make with Islamic associations this coming fall.

The top US court has backed a Muslim woman who was denied a job at retailer Abercrombie & Fitch over wearing a headscarf. The court ruled the company needed to accommodate the woman's religious beliefs. (01.06.2015)

Women in hijabs are increasingly being denied access to Egypt's chic, high-end restaurants, bars and private beaches. But now some are fighting back for the right to go out, as Naomi Conrad reports from Cairo. (30.07.2015)

As conflict in Turkey grows, so do tensions in Berlin

Germany is home to about 3 million people of Turkish origin. As the Erdogan regime attacks Kurdish positions, spillover fears have heightened in Germany. DW's Mathias Bölinger spoke to interested parties in Berlin. (15.08.2015)