Nadja Benaissa, member of the German pop group No Angels, has admitted having had unsafe sex after infecting a man with the HIV virus a decade ago. 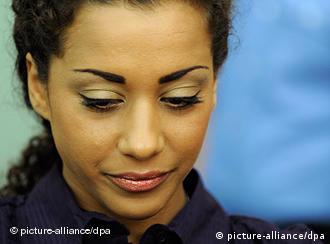 Benaissa sings in one of Germany's most successful pop bands

Nadja Benaissa, the singer of German pop band No Angels, faces charges of aggravated assault and attempted aggravated assault for failing to tell three sexual partners that she was HIV positive. The trial opened on Monday in Darmstadt, near Frankfurt in western Germany.

Benaissa, 28, admitted to having unprotected sex with the three men between 2000 and 2004. She had known that she was HIV-positive since 1999. One of the men later tested positive for HIV, which led to the charge of aggravated assault.

The charges of attempted aggravated assault apply to the liaisons with the two men who were not infected. Prosecutors in Darmstadt argue that Benaissa should have known that having unprotected sex can pass on the virus.

"My position is that she knew it," Prosecutor Ger Neuber told ARD German Television.

"Otherwise she would have had to tell her sexual partners that she was HIV positive. Seeing as she didn't do that, then, to a certain extent, she knew that she could harm other people," he said. 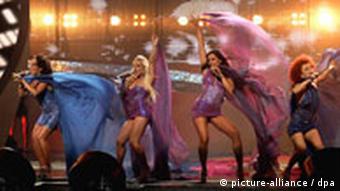 Benaissa told the court she was "sorry from the bottom of her heart." She also said that she felt under pressure to keep her illness a secret, because of her celebrity status. This could work in her favor.

"The court will have to take into account the situation she was in as an HIV-positive person," Karl-Dieter Möller, legal expert for ARD German television told Deutsche Welle.

"But you could argue that all the facts about HIV were out there and what can happen…But you have to look at each individual case and it's very dangerous to judge a case when you're not there in the courtroom, when you don't know the circumstances of the defendant," he added.

No Angels were discovered in 2000 during the TV talent show "Popstars." They are Germany's most successful girl band and sold five million albums from 2000 to 2003. They split in 2003, but made a comeback in 2007 and competed in the Eurovision Song Contest a year later.

Benaissa was only 16 when she found out she'd contracted the virus, which was spotted after she got pregnant in 1999.

The singer says she has had a difficult childhood and is a recovering drug addict. She told the court on Monday that she found it difficult to cope with being famous and HIV positive at the same time, saying it was like "being bullied" and that "it was too much for one soul."

Infecting someone with HIV has been classed as assault in Germany for some time. If convicted, Benaissa could face up to ten years in prison. However, as she was underage at the time of the offense, she is being tried in Darmstadt's juvenile court and the sentence is unlikely to exceed four years, according to Möller.

'One in three' unaware they are HIV-positive

The number of people living with HIV/AIDS in the European Union and neighboring countries has increased by nearly a third, with one in three unaware they have the virus, the EU Commission warned Monday. (26.10.2009)

Media row erupts over treatment of No Angels singer

A storm is brewing about how the German media is handling the case of pop star Nadja Benaissa, who is accused of allegedly having had unprotected sex despite being HIV-positive. (20.04.2009)

A member of hit German girl group No Angels has been arrested for allegedly having unprotected sex although she knew she was HIV positive. (14.04.2009)

Listen to DW-Radio's report on the trial's opening