After growing frustrated with unruly children, a German restaurant owner decided to ban them from his eatery and offer his guests "an oasis of peace." The man says his move is actually directed at ignorant parents.

A restaurant dubbed "Oma's Küche" (Grandma's Kitchen) is making waves in Germany with its decision to ban patrons under 14 years of age during dinnertime. Restaurant owner Rudolf Markl says the decision was a long time coming.

"We have somehow reached that point where you say: This just can't go on like this," he told the DPA news agency.

The breaking point, according to Markl, came when some unruly youths damaged the inventory in his restaurant on the German Baltic Sea island of Rügen. The rampage reportedly left antique photo stands in Oma's Küche damaged.

Long before that, however, Markl grew frustrated with children annoying other guests, pulling on tablecloths, and throwing around wine glasses as their parents looked on.

The parents "acknowledge it with a smile, keep on eating, and don't care at all," he said.

Markl claims his decision to ban children after 5 p.m. is not directed against the children themselves. Instead, it targets ignorant parents "who cannot control their children," he told the DPA news agency. 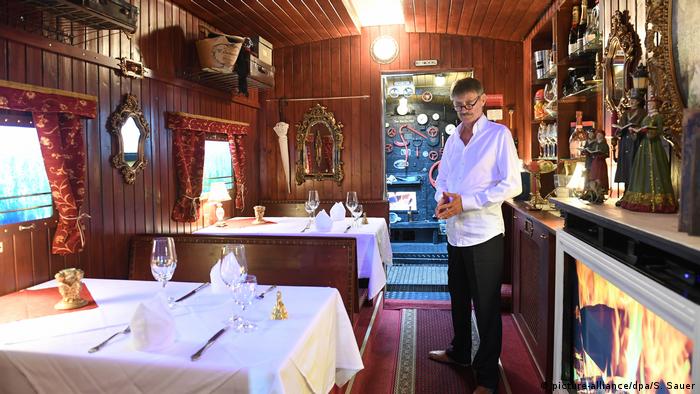 The move sparked a lot of criticism both in German media outlets and in online media, but Markl says many patrons cheered his decision. He also claims it will offer an "oasis of peace" to the visitors of his busy restaurant.

An increasing number of hotels and tour agencies worldwide are offering services that specifically rule out children, in an attempt to draw in new clients. Businesses are free to decide whether or not children are allowed on the premises, says Lars Schwarz, the head of the Hotel and Restaurant in the German state of Mecklenburg-Western Pomerania, which includes Rügen.

However, Schwarz added he was not very happy with the decision.

"In this state we aim to be friendly to children," he said.

Separately, Germany's Anti-discrimination Office said the decision raised legal concerns, as it might clash with the country's ban on age discrimination.

"The arguments such as the higher noise level that would disturb the guests are not necessarily enough for a wholesale ban on children below a certain age," says the office's head, Bernhard Franke, warning that the business is risking a lawsuit from clients. A better policy, according to Franke, would be to simply ask individual children and their parents to leave.

Speaking to Germany's public radio NDR, Markl said his new policy is not hostile to children, but rather friendly to grown-ups.

This is not the first time Markl grabbed the attention of the German media. In 2007, his restaurant became the first Rügen eatery to ban smoking on the premises, long before most German states implemented smoking bans.