The retired German scientist helped link human papillomaviruses (HPV) to cervical cancer. His discovery led to the development of a vaccine against the two strains of HPV that cause 70 percent of cervical cancers. The vaccine has been licensed in both the United States and Europe. 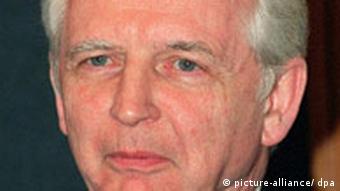 Zur Hausen was recognized for linking HPV to cervical cancer

Born in 1936, zur Hausen received his medical degree from the University of Dusseldorf in 1960 and worked for three years at the Children's Hospital in Philadephia before continuing his academic career in Germany.

Zur Hausen worked as a professor, chairman and scientific director of the Management Board of the German Cancer Research Center (DKFZ) in Heidelberg up to his retirement.

The award, the highest for medicine, carries a purse of 10 million kronor (1.3 million euros). The German scientist received half of the prize, while two French researchers shared the other half.

France's Francoise Barre-Sinoussi and Luc Montagnier shared the Nobel Medicine Prize for their discovery of the human immunodeficiency virus (HIV) that causes AIDS.

Barre-Sinoussi, born in 1947, holds a PhD in virology and heads the Regulation of Retroviral Infections Unit at the Pasteur Institute in Paris. Montagnier was born in 1932 and is retired Professor and Director at the the World Foundation for Aids Research.

For more than a decade, Monika Hauser's work to rehabilitate victims of wartime sexual abuse has earned her a raft of awards. Now, she’s won something bigger -- the Right Livelihood Award, or Alternative Nobel Prize. (01.10.2008)

A breast cancer conference opens in Berlin on Tuesday, April 15. Unlike the US, Germany is not awash in pink ribbons, but in its own way is promoting awareness of a cancer that is the leading cause of death for women. (14.04.2008)