Congratulations flooded in for Pope Benedict XVI's from his German compatriots, after Cardinal Joseph Ratzinger was elected the Catholic world's leader on Tuesday. But some in Germany viewed the choice as a mistake. 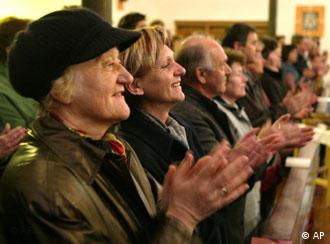 Locals in the new pope's home town were thrilled

German Chancellor Gerhard Schröder called Ratzinger's election as Roman Catholic pontiff a "great honor to Germany," lauding him as a "dignified successor" of late Pope John Paul II, who died 17 days ago. "I congratulate him in the name of the government and all the citizens of his home country," German Chancellor Schröder said in Berlin on Tuesday.

German President Horst Köhler (photo) expressed similar sentiments. "That a compatriot has become pope fills us in Germany with special pleasure and also a little pride," he said in Berlin. "I'm convinced that Pope Benedict XVI will continue the late Pope John Paul II's great engagement for people's dignity and peace in the world," he said. 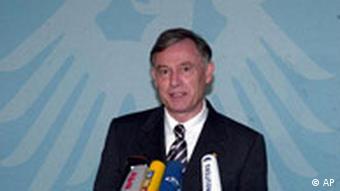 German opposition leader Angela Merkel, head of the Christian Democrats, called the election "historical." "That a German was elected pope is a moment of pride. It's an honor." Bavarian state premier Edmund Stoiber of the Christian Socialist Union said it was a "historic and singular day for Bavaria and all of Germany.

Bishop Wolfgang Huber of Germany's Protestant Church said he hoped that Pope Benedict XVI would continue cooperation between the Christian churches. The churchs' futures lay only in ecumenical efforts, he said, as the German Bishops' Conference congratulated Ratzinger.

Pope Benedict XVI waved to the crowd from the central balcony of St. Peter's Basilica at the Vatican on Tuesday

Paul Spiegel, the president of the Jews in Germany issued his congratulations as well. "I am sure that he will intensify the successful route toward understanding between Christians and Jews to the benefit of both religions," Spiegel told Mannheimer Morgen daily.

The Central Council of Muslims in Germany expressed the hope that the new pope would continue the dialogue between Christians and Muslims. "The cardinal was always John Paul II's right hand and surely contributed much to the opening gaining this priority," chairman Nadeem Elyas said in Aachen, according to DPA. As Germans, Muslims were doubly happy about Ratzinger's election, he said. 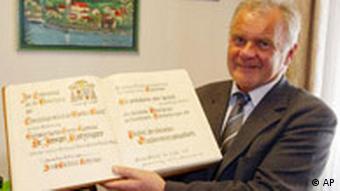 Residents of Marktl am Inn, where Ratzinger was born 78 years ago, were ebullient. "I'm implausibly happy," Hubert Gschwendtner, mayor of the Bavarian town, told DPA, saying he would invite the pope to visit his hometown. He would be the first pope to visit Marktl.

But others in Germany weren't enthusiastic. "We can only hope that Cardinal Ratzinger doesn't pursue the same course as John Paul II," said Christian Weisner, a spokesman for Germany's church reform movement.

The managing director head of Germany's national "Kirche von Unten" (Church from Below) group, Bernd Göhring, was less charitable. "We consider Ratzinger's election a catastrophe. I think that the current church's course is only confirmed by this college of cardinals," he said, adding that he didn't expect any reforms under Pope Benedict XVI. "I think that even more people will turn their backs on the church." 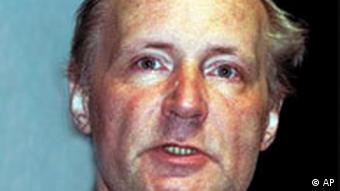 Well-known critical Paderborn theologian Eugen Drewermann (photo), who was barred from teaching by the Catholic Chruch in 1991, commented: "There is the fear that Ratzinger will increase the divergences of the church in Germany and in the world."

And theologian Hans Küng, another Catholic critic forbidden by the Vatican from teaching and a former school colleague of Ratzinger called the choice a "huge disappointment" for all those focused on reform, though he said the new pope, 'like a US president" should be accorded 100 days to learn his new job.

If his past statements are any indication, Pope Benedict XVI will continue to tread the conservative line that was among the defining characteristics of his predecessors long reign. (April 19, 2005)

German Cardinal Joseph Ratzinger has emerged as a frontrunner in the race to find John Paul II's successor as thousands of pilgrims paid their respects at the tomb of the late pope, open to the public for the first time. (April 13, 2005)

After initial uncertainty, white smoke rose from the chimney of the Sistine Chapel indicating the election of a new pope, the church's 265th. (April 19, 2005)