The decision by Deutsche Bahn to end its night trains in December has been met with criticism from the service's users. In 2015, the German rail operator suffered its first year-end loss in 12 years. 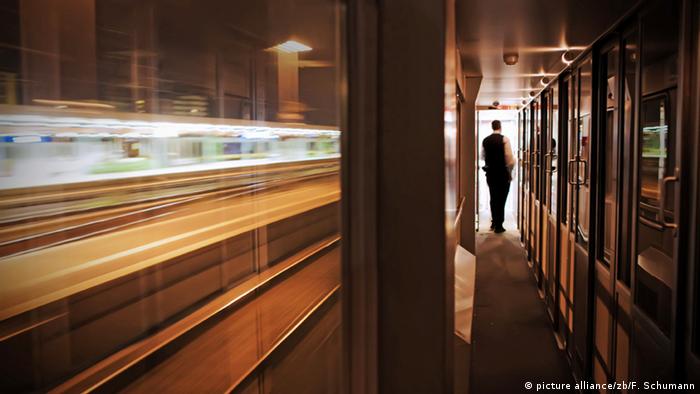 Despite objections, Deutsche Bahn announced on Sunday that its "classic night train service" will be discontinued by the end of the year.

The rail company has already ended the night service on several routes as part of its "Zukunft Bahn" (Future track) concept, which aims to improve efficiency and punctuality. The company's car trains will also be axed by the end of October.

In response to the move, some 14,000 people have signed an online petition, calling for the night train service to continue.

"We're very pleased with the response," said petition co-initiator Joachim Holstein. The petition is scheduled to be put to the German Traffic Committee in the Bundestag, Germany's lower house of parliament, on May 31.

"Abolishing overnight and car trains means more traffic on the roads and more short- and medium-haul flights," the petition criticizes.

Negotiations are also reportedly underway with the Austrian Federal Railways (ÖBB), which already runs classic night trains from Vienna to Düsseldorf and Hamburg. The ÖBB had already expressed interest in providing more connections across Germany prior to Deutsche Bahn's announcement on Sunday.

"The night train business is a niche business," Deutsche Bahn said. With most of the night trains more than 40 years old, many are in need of significant investment - money which the rail operator doesn't currently have.

Passengers' rights - what you should know

Train cancelled? Flight delayed by three hours? That's annoying, but at least there's usually compensation. Do you know your rights? (22.03.2016)

German railway operator Deutsche Bahn is expected to close a vital stretch of track between Hanover and Kassel. The closure would impact millions of travelers ahead of the upcoming Hanover industrial fair. (30.03.2016)

The search for buses amidst a long distance boom