Newspapers find it difficult to make money online, and German publishers are no exception. They want Google to pay for displaying their articles. But the attempt has backfired. 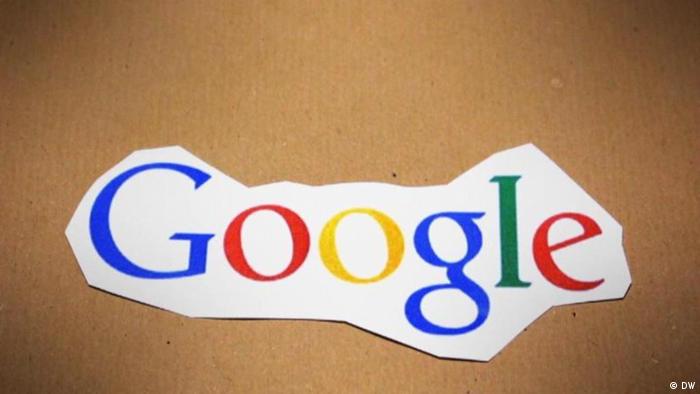 In the 1990s, Volkswagen advertised its cars in the US with the German word "Fahrvergnügen" (pleasure of driving). Though difficult to pronounce, the slogan quickly caught on, conveying a sense of German engineering and technology know-how.

The same cannot be said of "Leistungsschutzrecht" (ancillary copyright law), another German tongue twister. In fact, the folks at Google's headquarters in Mountain View, California, are probably having a laugh about it right now.

The law is an attempt by German press publishers to make Google pay for their products, mostly online newspaper and magazine articles. It is also an example of the publishers' lobbying power with lawmakers.

Ironically, when Google announced last week it would follow the law to the letter, the initative turned into a humilitating defeat for the publishers.

For years, newspapers have found it difficult to adapt to the changes the Internet has brought to the world of publishing. Hoping to gain circulation and relevance, publishers made their content available online, free of charge - hoping that one day they would find a way to earn money with their online activities.

For most of them, it didn't work out. Sales of and subscriptions to newspapers dwindled, and the profitable classified ad business moved to specialized websites.

Online ad revenues don't cover the cost of running a newsroom, and for fear of losing more readers, publishers are reluctant to erect paywalls. As a result, downsizing and layoffs have become the norm in the industry, and several papers went out of business.

Desperate for alternative streams of income, the publishers lobbied hard for a law to protect their interests online. The search engine operator Google makes a lot of money through online advertisements, ran their argument, and the newspapers' free online articles made Google even more attractive to users.

The "ancillary copyright law for press publishers" that came into effect in August 2013 was less strict than publishers had hoped, but nevertheless seemed like a success. The law granted them the exclusive right to commercially exploit their products online.

Google and other search engines and news aggregators would now have to pay a license fee to the publishers, if they listed more of an article than "single words and smallest excerpts", the law stated.

Google dominates the market in Germany and other European countries with a 95-percent share of searches. "If this monopolist's freeloading mentality catches on, and publishers and authors always miss out, then some day, there won't be any more content," said Ilse Aigner, then German Consumer Protection Minister.

But the law's vague wording created new problems. What exactly are "smallest excerpts?" Does this cover lead sentences of articles, also called teasers or snippets?

For fear of lawsuits and license fees, small aggregators like rivva.de, which lists popular news articles and blog posts, reduced their listings to just the headlines - making them less informative and thus less likely to be clicked by readers.

Google chose a different route. The search giant asked German publishers for permission to use their content in "Google News" - free of charge. Otherwise, it would remove their articles from the popular news aggregator.

Publishers faced a dilemma. Agreeing to Google's condition meant forgoing license fees. A refusal meant losing readers. Less traffic to their websites, less relevance, even less advertising revenue - it was no surprise most publishers chose to opt in.

Last week, Google further humiliated publishers by threatening to apply the new law not only to "Google News," but to its regular search results as well. No pictures, no snippets, just the headline - unless publishers gave their permission for free use. Again, they agreed - albeit grudgingly. 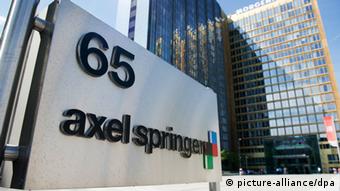 Google's sheer market power had "forced" them to waive their right for compensation, announced VG Media, the publishers' collecting society, calling it "extortion," adding that "otherwise, the publishers would face losses in revenue, which might even lead to further bankruptcies."

Now the matter is in the courts, and the German national competition regulator has been asked for clarification.

"I worry about Germany and technology," Jeff Jarvis, professor at City University of New York's Graduate School of Journalism, writes in his blog buzzmachine.com.

"I fear that protectionism from institutions that have been threatened by the Internet - mainly media giants and government - and the perception of a rising tide of technopanic in the culture will lead to bad law, unnecessary regulation, dangerous precedents, and a hostile environment that will make technology experts, investors, and partners wary of investing and working in Germany."

Leading the fight against Google is Axel Springer, one of Europe's leading media companies and publisher of "Bild", Germany's biggest mass circulation newspaper. Springer prides itself for its digital media strategy and makes about half of its money online.

Last week, Springer gave Google permission to list articles from "Bild.de," including pictures and snippets, free of charge. But it refused to grant a free license for its daily "Welt.de," and three special interest magazines about cars, sports and computers. When listing their articles, Google now shows nothing but the headlines.

"We'd like to show that we won't surrender, even though we are put under pressure and might incur financial losses," a spokeswoman for Springer told DW. For the publisher, the four publications represent "an interesting cross section of our portfolio."

Now that their articles are found in Google with headlines only, Springer wants to study the effect on readership and revenue. "We like to identify and document the potential losses," the spokeswoman said.

In France, a similar stand-off between publishers and Google led to a different result last year. To avoid a new law and potential fines, Google agreed to pay 60 million euros ($77 m) into a fund designed to ease the "transition from analog to digital," and to help publishers develop new online business models.

Mathias Döpfner, Axel Springer CEO and an outspoken Google critic, tells DW why he uses Google all the time and considers it not to be a normal company. He also talks about plans for an English-language product. (02.07.2014)

In the age of big data, Google critics say online services come at the price of freedom. Opponents say old business models for journalism are being redefined by the Internet and the people who use it. (01.07.2014)

Who's afraid of Google?

Some German publishers, including Axel Springer, see themselves as David, taking on the giant Google in a battle for supremacy in the digital information and advertising market. In terms of revenue, the analogy fits. (19.04.2014)