German public broadcaster SWR is facing backlash after a presenter dressed up in blackface for a comedy sketch. Critics trying to prevent the stunt from airing over the weekend say the disguise is just plain racist. 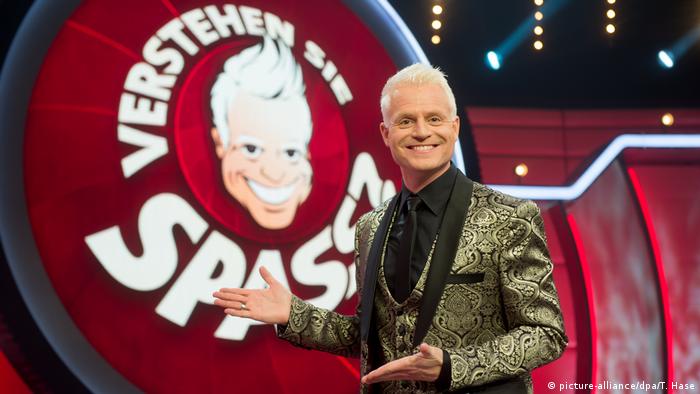 Campaign groups voiced their anger on Friday over the controversial skit, which shows presenter Guido Cantz dressed as an African man, complete with blackface makeup and enlarged lips.

The clip is scheduled to air Saturday night on "Verstehen Sie Spass?" (Do you understand fun?) - essentially Germany's answer to "Candid Camera."

But a number of advocacy groups are calling for the broadcast to be pulled. The Initiative for Black People in Germany (ISD) said in a statement it was "appalled" by the stunt.

In an open letter to public broadcaster SWR, and parent network ARD, the group said the clip reflected a racist tradition in which minorities are depicted with exaggerated features to make audiences laugh. The group said it had been campaigning for years against the practice of blackface in Germany - in theaters, on public and private broadcasters, and at cultural events like the country's annual Carnival celebrations.

"Public broadcasters have a responsibility to promote, not to undermine, human rights," the ISD letter said, adding that "the spreading of negative stereotypes in a colonial-racist tradition violates this mandate."

The Federation Against Injustice and Racism, based in Cologne, said on Twitter "this form of portraying black people serves to perpetuate a racist tradition that has never been, and will never be, acceptable."

#Cantz dressed up as a black person. The "gag" isn't funny, it's embarrassing

In a statement on Friday, SWR said it would go ahead with the broadcast, saying dress-up antics had been a regular feature of the comedy show over the past year. It said Guido Cantz had previously undergone drastic transformations to pass himself off as an old man and a "striking woman" in order to fool his celebrity victims in an effort to embarrass them in front of a hidden camera. 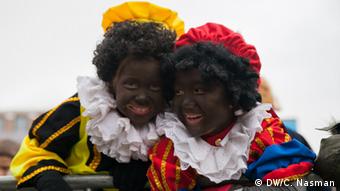 "This time he slipped into the role of a black African," SWR said. In this case, the disguise was meant to dupe Swiss TV presenter Röbi Koller.

SWR said neither the character nor the sketch was intended to be "defamatory, discriminatory or hurtful."

"That's why we very much regret when people feel attacked or that they've been badly portrayed," SWR's statement said.

"Verstehen Sie Spass?" has been on air in both Germany and neighboring Switzerland since 1983.

A UN committee called on the Netherlands to work against racial stereotypes in the depiction of "Black Pete." The blackface character is a popular Christmas tradition among the Dutch. (29.08.2015)

A ruling by a court in Amsterdam that "Zwarte Piet" or "Black Pete" is a racist caricature that can be banned from public celebrations has been overturned. The figure has been increasingly controversial in past years. (12.11.2014)