Germany's public broadcasters ARD and ZDF will not provide live coverage of the Olympic Games for the first time in years. This came after talks with the primary rights holder broke down over the price it was demanding. 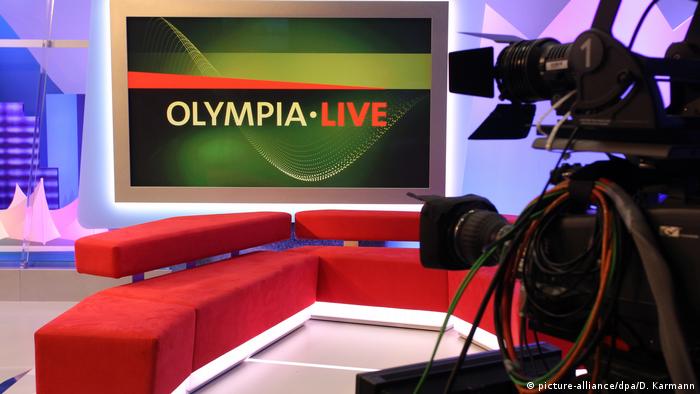 Pan-European broadcaster Eurosport announced on Monday that it would be providing exclusive live coverage of the Olympic Games in Germany between 2018 and 2024 after it failed to reach a sub-licensing deal with German public television stations ARD and ZDF.

"We would have liked to continue broadcasting the Olympic Games live and comprehensively with all the know-how we have built up over decades and our expertise," ZDF director Thomas Bellut said in a statement. "But the price that US company Discovery demanded to the end for sub-licensing was significantly too high."

No official figures have been released, but it is thought that Eurosport's parent company Discovery, which last year paid the International Olympic Committee 1.3 billion euros ($1.45 billion) to secure the European rights for  the four Olympics in question, had been demanding around 150 million euros for the German sub-license.

Eurosport's statement said it would put in place a "dedicated German production team to deliver outstanding free-to-air coverage" of the next four Games.

"German households across the country will be guaranteed wide access to the Olympic Games which will exceed free-to-air IOC guidelines and local regulations."

The events affected are the 2018 Winter Games in Pyeongchang, South Korea;  the 2020 Tokyo Olympics; the 2022 Winter Games in Beijing; and the 2024 Olympics, for which a site has yet to be selected.