A German priest has confessed to stealing from church tills and spending the money on a fraudulent online lottery. His bishop has ordered him to repay the full amount — more than €100,000. 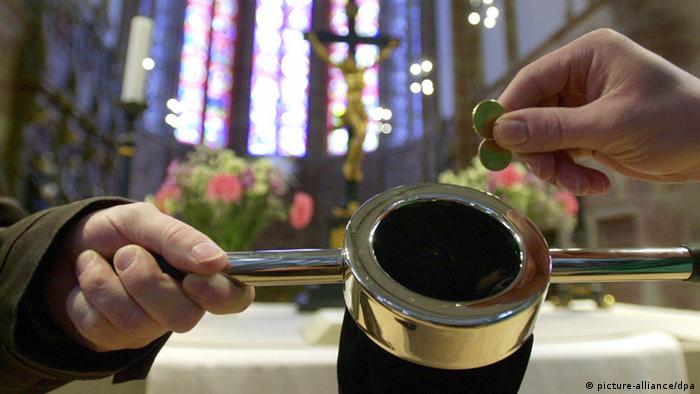 A Roman Catholic priest from the eastern German diocese of Magdeburg has turned himself into police, telling them he had lost €120,000 ($137,000) on what appeared to be an online gambling scam.

The 64-year-old man, who works in the parish of St. Elisabeth Ballenstedt, also confessed his misdemeanor to the head of the diocese, Bishop Gerhard Feige, who has dismissed him as leader of the parish council and made it clear that the money must be paid back.

Feige said on Sunday that the priest had to "bear the legal and canonical consequences" of his actions.

"No priest, no church employee, is allowed to steal monies meant for the parish and use them for any other purpose," Feige said.

According to a statement on the diocese's website, the priest admitted his guilt before his congregation after the Sunday service and said he would accept all consequences. The bishop was not ruling out further disciplinary steps, the diocese said.

Church authorities are discussing whether to allow the priest to continue his duties in the parish.

The priest had been head of the parish since 2010.

Golden Globes: 'Nomadland' wins top awards as Netflix sweeps the board 3h ago