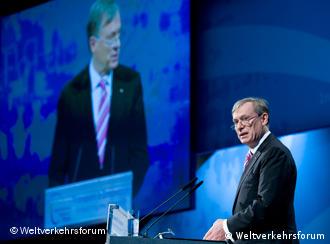 Koehler stepped down amid controversy over Afghanistan

German President Horst Koehler has said he will step down, citing his controversial comments about Afghanistan.

"I am resigning my post as federal president with immediate effect," he said at a press conference in Berlin. "It was an honor for me to serve Germany as president."

Koehler came under fire recently for saying that a country like Germany, which was heavily reliant on foreign trade must know that military interventions were needed to uphold German interests.

"I regret that my comments could lead to a misunderstanding about an important and difficult question for our nation," he told reporters.

It is the first time in the history of the Federal Republic of Germany that an incumbent President has resigned.

Koehler said he had informed Chancellor Angela Merkel and Vice Chancellor Guido Westerwelle of his decision.

"I thank the many people in Germany who have put their trust in me and supported my work. I ask for you to understand my decision," Koehler said.

The president of the upper house of parliament, Jens Boehrnsen, will temporarily take over his duties.