German Politicians to Block Prize for Milosevic Sympathizer | Germany | News and in-depth reporting from Berlin and beyond | DW | 31.05.2006

Local politicians in Düsseldorf are likely to block plans to award the prestigious Heinrich Heine Prize to Austrian writer Peter Handke, who has been criticized for his support of late Serb leader Slobodan Milosevic. 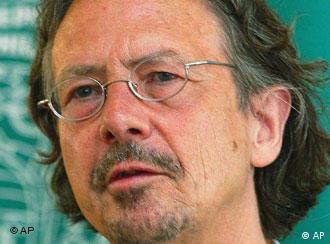 Peter Handke himself has refused to comment on the controversy

Members of the Düsseldorf city council's four major parties, the Christian Democrats, the Social Democrats, the Free Democrats and the Greens all said they would vote against awarding the prize to Handke.

The writer had been named as the winner by a jury last week. But the city council, which gives the prize money of 50,000 euros ($64,190), must approve their decision. A vote has been scheduled for June 22.

"We're not going to make the money available," said one city council member.

Editorialists were divided on the likely decision to withhold the prize. 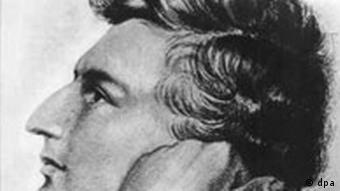 "No one is going to dispute that this is an open affront against the jury," wrote the left-wing Frankfurter Rundschau. "But first of all, the jury was not united when doubts about the nomination arose. And secondly, the damage for Düsseldorf would be even bigger if it accepted honoring Handke in the name of Heine."

"Heine doesn't deserve Handke and Handke doesn't deserve the Heine Prize," it wrote. "But there's no doubt that Heine would have rejected the political control of a jury. This form of censorship would be much worse than awarding the prize to the wrong person." 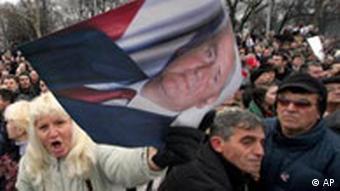 The move to honor Handke came just a month after France's foremost theater company decided not to stage one of his plays because of a eulogy he delivered for Milosevic, the former Yugoslav president and alleged war criminal who died in March. Handke had described Milosevic as "a man who defended his people."

While Handke, who lives in France, refused to comment on the controversy regarding the decision to award him the prize, he answered his critics in an op-ed piece in the Frankfurter Allgemeine Zeitung on Tuesday.

"Nowhere in my work I have called Slobodan Milosevic 'one' or 'the' victim," he wrote.

While some Milosevic supporters have claimed that he was poisoned in his prison cell in The Hague, a new report published Wednesday said that he had self-medicated himself and that experts could not agree whether surgery could have prevented his death.

"Nothing has been found to support allegations reported in some sections of the media that Mr Milosevic has been murdered," the report reads, according to Reuters news service.

Feb. 17, 2006 marked the 150th anniversary of the death of Heinrich Heine. While Germans long reviled the poet, others have long seen him on par with Goethe as a literary genius. (Feb. 23, 2006)

A controversial Robert Lewandowski penalty saw Bayern Munich take all three points in a chaotic Klassiker which had everything: end-to-end football, great goals, but, above all, mistakes.