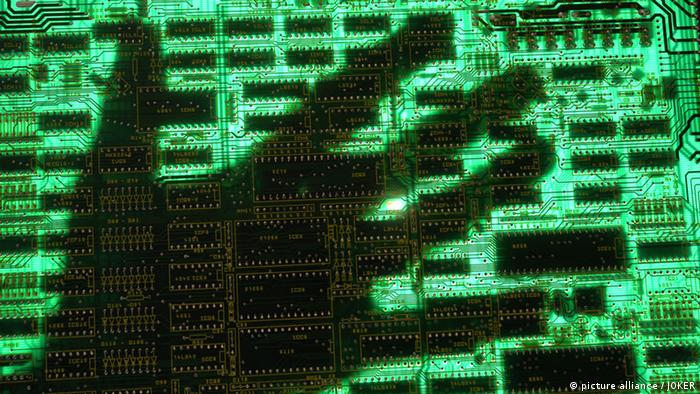 It's "like a nightmare out of Hollywood," says German Justice Minister Sabine Leutheusser-Schnarrenberger with respect to the British Tempora electronic surveillance program. According to British newspaper "The Guardian," Tempora's activity involves the large-scale tapping of telephone and Internet connections and optical undersea cables by the British Government Communications Headquarters GCHQ.

"The Guardian" says its reporting on Tempora is based on documents supplied by the former US National Security Agency contractor Edward Snowden. 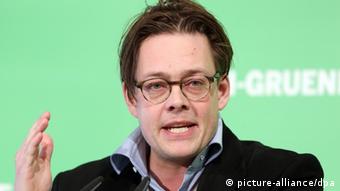 Content captured by Tempora is stored for up to three days, while metadata, such as IP-addresses, telephone numbers and call times, can be kept for up to a month.

It's not clear how many Germans were affected, but there has been severe criticism from German politicians of all parties.

Konstantin von Notz, interior affairs spokesperson of the opposition Green Party parliamentary group, is indignant: "What's going on here is against international law and must be stopped immediately," he told DW.

He wants "an initiative at the United Nations for a UN convention on the protection of privacy on the internet." Perhaps one needs to take the matter to the European Court of Justice or the German Constitutional Court "in order to get it in writing that this behavior is unconstitutional."

Gisela Pilz, a data protection expert with the parliamentary group of the liberal FDP, the junior partner in the governing coalition, agrees. "We observe with a great deal of concern and dismay the amount of data that has been collected and stored," she told DW. Leutheusser-Schnarrenberger - a member of the same party - calls it a "catastrophe" and demands an investigation on the European level. 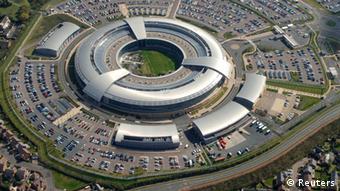 Wolfgang Bosbach, a member of Chancellor Angela Merkel's Christian Democrats and chairperson of the Bundestag's domestic affairs committee, told German radio station Deutschlandfunk that he was worried about the credibility of democracy. "It's not just a matter of data protection," he said. "There's another issue, and that is whether citizens lose faith in the state - and thus in our democracy - if they can't be sure that the intelligence services only do what they are really allowed to do."

Gerold Reichenbach, data protection expert for the opposition Social Democrats in the Bundestag, describes what has been going on as "a kind of risk prevention which has grown beyond any limits." He and his party had only got information about Tempora from the media: "Of course, what we want to know now is: what does the government know?"

Government spokesman Steffen Seibert told another German radio station, MDR, "A measure called Tempora is not known to the government except from these reports." But, according to the German news agency dpa, the German interior ministry has asked Britain for more information. 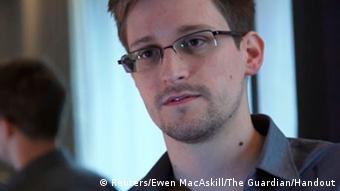 Edward Snowden is on the run from the US authorities

Erich Schmidt-Eenboom, an expert on intelligence agencies, says he's surprised that German politicians are so indignant. He told MDR that German authorities have long known that British and US services were tapping internet and telephone connections.

Constanze Kurz, spokesperson for the Chaos Computer Club, also wasn't very surprised at the revelations, except for one aspect: "The quantity [of data] and the impudence with which a space outside the law was created were really surprising after all. It's gigantic and not fitting for a democracy."

Snowden, who revealed Tempora as well as the US Prism surveillance program, has now applied for asylum in Ecuador to avoid prosecution in the US. He described Tempora as "the largest program of suspicionless surveillance in human history."

British intelligence allegedly spied on diplomats at the G20 summit in London in 2009. There's a public outcry - but experts point out that it's probably pretty much standard procedure. (18.06.2013)

Whistleblower Edward Snowden is on the run - he fled to Hong Kong after exposing secret US surveillance practices. But what other countries take in political fugitives like him, and what are their motives? (14.06.2013)