A leading member of Chancellor Merkel's CDU party, Jens Spahn, wants more rules governing the practice of Islam in Germany. Among other things, he has called for German-language sermons in mosques. 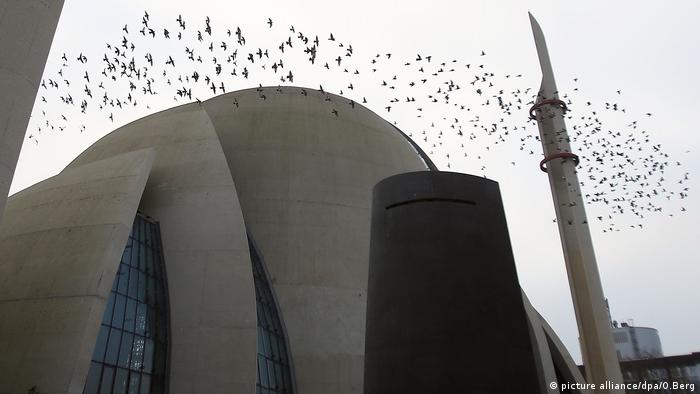 Germany needs an "Islam law" to regulate Muslim religious communities and ensure that what is being preached in mosques around the country is "transparent," according to leading conservative politician Jens Spahn.

Spahn, a member of the executive committee of Chancellor Angela Merkel's Christian Democrats (CDU), told the Funke Media Group on Thursday that authorities "had to know what happens in mosques," saying that Muslim sermons in German would help diminish prejudice.

In an interview with DW, Spahn cited the example of Austria as a precedent: "The Austrians have had an Islam law since imperial times, and there things function better. We could learn from them."

He called for German tests for imams, saying that many of the preachers who delivered sermons in German mosques came from abroad, could not speak German and were paid by other countries.

"Do we really know if their sermons are being made in accordance with our laws? And it's about more than that. Is it enough, just to ask that they don't break the law? Should they not encourage cooperation and integration?" Spahn said to DW.

Spahn also demanded that mosques be registered, saying that authorities "did not know how many mosques there are in Germany, where they are or who finances them."

A major problem, according to Spahn, was the lack of a central representative for the Muslims living in Germany. He said that the political Islamic associations with whom the German government had previously worked represented a very conservative form of Islam.

"They speak only for a minority of Muslims. They are the wrong partners," said Spahn, a professed Catholic.

In addition, Spahn, who is also the deputy finance minister, called for the training of imams, teachers of religion and counselors to be paid for with tax money.

"That will be a hard debate, but I would rather we finance this than that the money comes from Turkey or Saudi Arabia," he said, saying that a "church tax" for Muslims was also a possibility: "If the Muslim communities want a tax law, we should talk about it."

Germany already collects money from members of Christian churches in the form of a so-called Church Tax, the proceeds of which are passed on to religious authorities in Germany.

"What is clear at any rate: the financing by foreign actors must stop," the politician told DW.

The conservative politician also had some criticism for Christian churches in Germany, accusing them of being "uncritical" with regard to Islam.

"A friendly photo of fast-breaking, then each goes their own way; it can't go on like that," he said.

Spahn's proposals echo those made last year by Andreas Scheuer, the secretary general of the Christian Social Union (CSU), the Bavarian sister party to Merkel's CDU.

'No need for laws on religions'

"We don't need an Islam law, a Christianity law or a Buddhism law," he said. "The religious communities organize and administer their own affairs."

He conceded that sermons in German and having imams trained at German universities would be a positive development. However, he said that this was something that could not be made compulsory, noting that German communities abroad continued to speak in German, while in synagogues, the Torah was mostly read in Hebrew.

German authorities estimate that more than 5 percent of the population, or some 4.5 million people, adhere to the Muslim faith in Germany.