An anonymous tipoff prompted German police to investigate and eventually dismantle a child pornography ring visited by hundreds of users from multiple countries. A German national has been arrested. 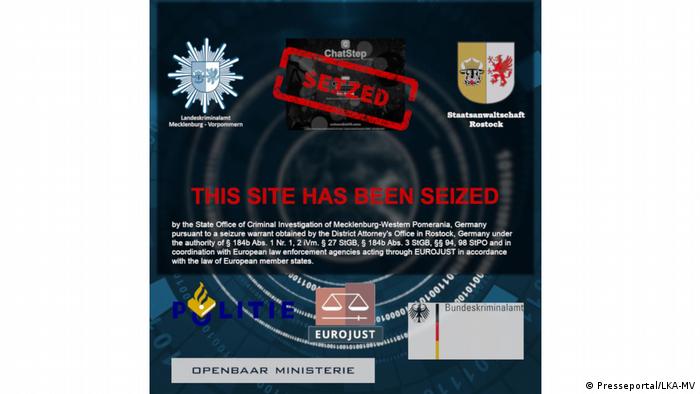 German cybercrime experts brought down a child pornography platform on the darknet following months of intensive investigation, authorities in the German state of the Mecklenburg-Western Pomerania said on Thursday.

"Despite the high-grade encryption offered by such darknet platforms, the investigation managed to identify several users from various countries," the authorities said in a press release.

One of the users was found to be a German national and arrested on suspicion of sexually abusing his own child. He also intended to "offer" the child to others, the police said.

During the investigation, the authorities discovered that a Dubai-based internet provider was renting out the platform. The illegal files were located on a server in the Netherlands. The authorities did not immediately say if the provider or the server owner would be affected by the proceedings.

Police and prosecutors in the northern city of Rostock praised the "extremely close cooperation" with their Dutch colleagues, which allowed them to determine the precise location of the server and seize it.

German police were first alerted to the existence of the child pornography ring by an anonymous tip in December 2017. The whistleblower used the "Netzverweis.de" police site, which focuses on child pornography, cybercrime and extremism.