Europe's largest airline, Lufthansa, will be affected by another pilots' strike. The new walkout was announced just as one was coming to an end. Thousands of flights are affected. 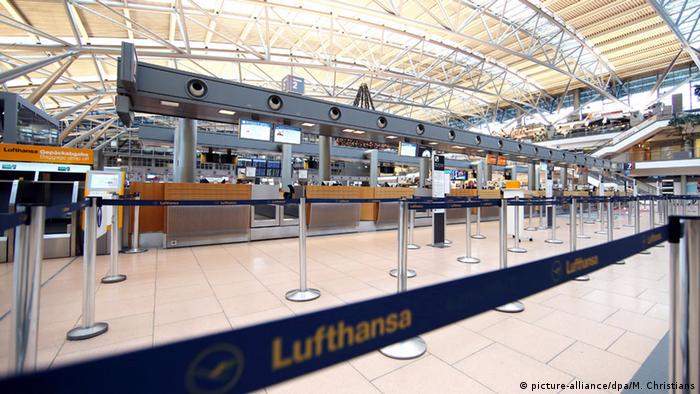 Lufthansa pilots will continue to strike this week as talks failed to meet their demands, a German pilots' union announced late Tuesday.

The pilots' union Vereinigung Cockpit said there will be a new strike on Thursday as a result. It will affect long-haul and cargo flights and will start at 3 am local German time (0200 GMT) and last until just after midnight.

Flights on subsidiary Germanwings and short and mid-haul flights would not be affected, the airline announced.

Nearly a dozen pilots' strikes have hit the German airline this year. Tuesday's announcement was made just as one strike was coming to an end. That 36-hour walkout scheduled from Monday to Wednesday saw the cancellation of nearly 1,400 flights and disrupted travel for some 150,000 passengers.

Monday's walkout came as a result of failed talks last weekend over Lufthansa's plans to scrap a decades-old early retirement scheme for pilots. The airline does not want new hires to fall under the plan, as it allows pilots to retire between the ages of 55-59 and still receive up to 60 percent of their pay until the normal pension scheme kicks in at the age of 65.

Lufthansa wishes to increase the early retirement age to 61. The Vereinigung Cockpit (VC) pilots' union, which represents some 5,400 Lufthansa pilots, is vying to uphold the old program.

The continued industrial action has forced Lufthansa to slash around 160 million euros (200 million dollars) from its operating profit.

Long-haul flights will be grounded as Lufthansa's latest strike begins its second day. Almost 1,400 flights have been canceled in the airline's ninth strike this year over pension plans. (02.12.2014)

German rail operator Deutsche Bahn (DB) is filing a billion-euro lawsuit against more than a dozen airlines over allegations of running a 'global cargo cartel.' Germany's Lufthansa is reportedly the main target. (01.12.2014)