Long-haul flights will be grounded as Lufthansa's latest strike begins its second day. Almost 1,400 flights have been canceled in the airline's ninth strike this year over pension plans. 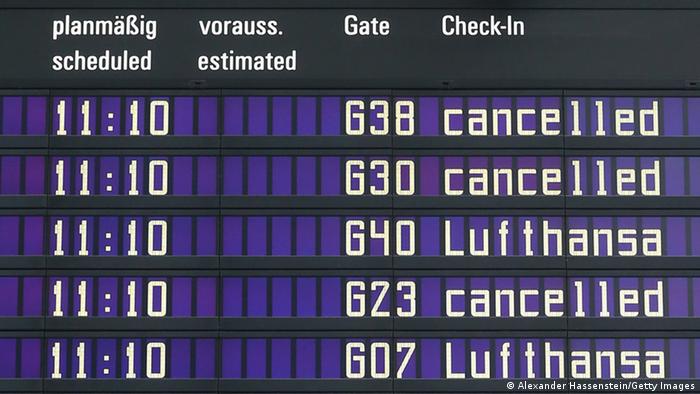 A continuing strike by pilots at German airline Lufthansa hit long-haul flights in the early hours of Tuesday. The walkout, which had already affected short- and medium-haul flights on Monday, will last until midnight on Tuesday.

"Connections in Germany and Europe will continue to strike," said a spokesperson for Lufthansa. In the company's ninth strike of the year the airline has canceled almost 1,400 flights, disprupting travel for some 150,000 passengers.

Lufthansa's subsidiary airline, German Wings, is not affected by the strike.

The latest walkout came as a result of failed talks last Friday over Lufthansa's plans to scrap a decades-old early retirement scheme for pilots. The airline does not want new hires to fall under the plan, as it allows pilots to retire at the age of 55 and still receive up to 60 percent of their pay until the normal pension scheme kicks in at the age of 65. The Vereinigung Cockpit (VC) pilots' union, which represents some 5,400 Lufthansa pilots, is vying to uphold the program.