People in Bosnia and Herzegovina have been protesting corruption, mismanagement and poverty. The country's security minister warns of a citizen 'tsunami.' German Social Democrat Rolf Mützenich tells DW what can be done. 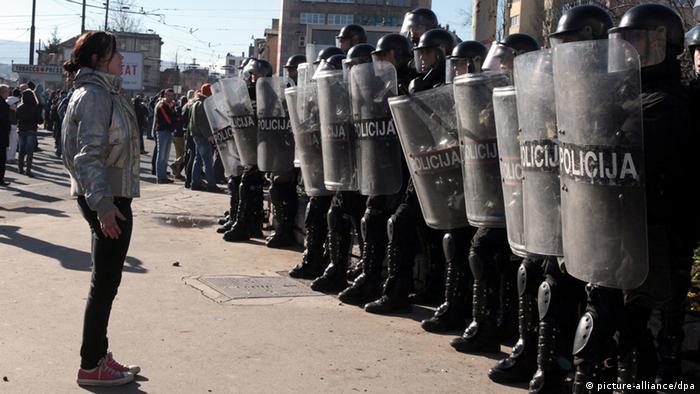 DW: Most of the protests we've seen have been in the Bosniak-Croat federation, not in the largely Serbian part, the Republika Srpska, despite its even worse economic state. Could these protests turn into a pan-Bosnian insurgence?

Rolf Mützenich: I wouldn't rule it out. There have been intense and less intense protests in different parts of the country - mainly against representatives of the political system.

Last summer's protests targeted parliament for its role in the crisis and the fact that ID numbers for newborns had not been implemented. People are unhappy with their leaders and the corrupt structures that have taken hold in the system.

The independent Office of High Representative was originally set up by the international community to help Bosnia-Herzegovina develop institutions and prevent escalation. But it hasn't done more than observe, really. Are Europeans and other countries now willing to step up to the plate?

It's crucial that we at least make proposals on how we can help within the framework of the international community - how we can directly address the issues people are worried about. We also have to talk seriously with political representatives of different ranks.

The international community still has the authority to force Bosnian politicians who resist progress to step down. Why doesn't it use this authority?

We don't have simple answers for these situations either. There are also concerns that if we get involved that way there'll be massive upheaval in the system.

We must not forget the backdrop against which these structures developed. But you're right - the political elite has been discredited by its actions, not least because they effectively gave up on some parts of industry.

So, it's essential that the German government weighs the options with its EU partners to meet the very justified concerns of the protesters.

The High Representative, Valentin Inzko, caused outrage recently when he suggested intervening with EU troops. Who was this intervention aimed at? 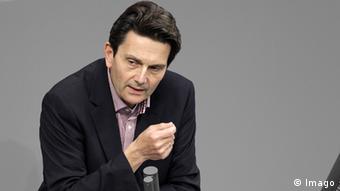 I don't subscribe to that type of statement, especially when you resort to violent means straight away. These protests were indeed used by some groups to stage violent protests… But I thought it impressive that many people appealed on the Internet to those who caused the devastation to also clean up their mess.

What can the German government do to help people there?

First of all, show respect to those who are brave enough to protest the political system and certain representatives of it. But we have to do more than just launch appeals.

There'll be elections shortly, and these kinds of crises have indicated time and again that we're possibly dealing with repression by the state on the one hand, and, on the other, that the protests are being used to steer them towards completely different, much more sensitive, areas.

I think the country needs reforms, and quickly. The political elite must change its attitude towards what it represents - the people and their legitimate interests.

Anti-government protests in Bosnia died down over the weekend. However, former German envoy to Bosnia Christian Schwarz-Schilling tells DW that the problems there won't go away - for a long time. (09.02.2014)

Radical Salafists from Bosnia-Herzegovina are among those who fight in Syria's civil war. Recently, they have stepped up efforts to recruit young people to follow suit. Experts say war returnees are especially dangerous. (30.01.2014)

In Bosnia-Herzegovina, both teachers and students find it hard to talk about the war, which many of them experienced first-hand. German experts in designing textbooks are helping teachers find ways to address the topic. (07.01.2014)