German Parents Wanting to Homeschool Turn to EU Court | Germany | News and in-depth reporting from Berlin and beyond | DW | 06.09.2006

A Hamburg family wanting to homeschool their children have been forced to flee the country in what lawyers say is not a unique case in Germany. Parents are now turning to the European Court of Human Rights for help. 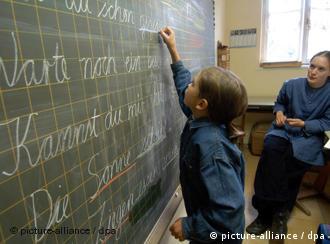 At first, Andre R. was fined hundreds of euros by the courts for teaching his five daughters and one son at home. Then in August, Hamburg authorities threw the 44-year-old father in jail for a week until he agreed to enroll the children in public school. He didn't.

And when officials began escorting the children to school daily and threatening to take custody of them, the family fled to Austria.

Armin Eckermann, a lawyer who runs an organization called Schulunterricht zu Hause that legally represents Andre R.and other familes who want to homeschool, says that this is not a unique case in Germany -- currently there are about 40 families fighting authorities for the right to teach their children at home.

Meanwhile, some parents, such as Andre R., opt to emigrate to countries where the laws around homeschooling are less strict, such as Switzerland, Denmark or Canada. They are hoping that a case pending before the European Court of Human Rights in Strasbourg will be decided in their favor.

"It's a scandal, really," said Eckermann. "Parents have the right to decide how to educate their children but here in Germany the state decides. So many just leave or face jail."

Eckermann and other proponents of homeschooling say that German law is too restrictive on parents. Unlike in some other European countries, German law requires that all school-age children physically attend a school that has been certified by education authorities.

"The state has a duty to ensure that children receive an education," Hamburg CDU lawmaker Robert Heinemann told the newspaper Hamburger Abendblatt. 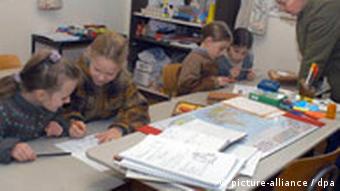 The Twelve Tribes won a school of their own temporarily

As a result, Andre R.'s family has faced a battle that has stretched over years to win the right to educate their children at home in accordance with their religious beliefs -- the family members are evangelical Christians who believe that public schools provide insufficient religious instruction and are a bad moral influence.

The fight began after they removed their 10-year-old daughter from private school in 2001. A series of court battles followed with higher courts ruling that the children are "isolated" at home, that homeschooling hurts children and social integration and that it is simply illegal under German law.

As a result, homeschool advocates are turning to the European Court of Human Rights, arguing that German law violates the European human rights charter.

"Under European law, parents have the right to educate their children according to their faith," said Roger Kiska, an attorney with the Strasbourg-based European Centre for Law and Justice which is assisting German parents such as Andre R. in their legal claims. "We believe that Germany is violating these conventions."

The test case, which represents a number of German families, is expected to be heard by the court shortly. Any ruling the court makes is applicable in Germany.

Homeschooling is well established in Anglophone nations -- about two million children are taught at home in the US annually, according to the US Census Bureau. Even though that number is much lower in Europe, most European countries, with the exception of Slovakia and Germany, allow homeschooling in some form, usually with regular checks by education authorities that the children are learning what the state requires. 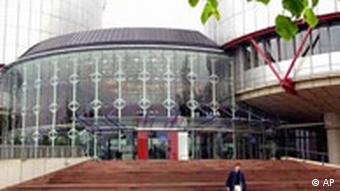 The European Court of Human Rights is to consider the issue

The movement is also quite organized with numerous associations around the world offering advice, education materials and courses. Some parents, such as Andre R., have even gone so far as to get universities degrees in teaching and education.

In Germany, there have been partial victories for such parents. A group of fundamentalist Christian parents in Bavaria recently won the right to have their children taught by their own teachers in a private school subject to state oversight.

That helped end a standoff between the religious group called the Twelve Tribes who don't want sex education and evolution taught to their children. But the truce is temporary -- the school is on a one-year trial.

Homeschool advocates say that there are at least 200 families in Germany teaching their children at home, mostly in rural areas where officials sometimes turn a blind eye. Besides citing religious reasons, some parents say their children do not receive an adequate education in German schools.

Education expert Andreas Schleicher of the Paris-based Organization for Economic Cooperation and Development (OECD) said that Germany is not going far enough in "fundamentally changing" its education system, which includes better quality control and greater flexibility.

"Homeschooling is a tough issue," he said. "On one hand, parents have a legitimate interest in wanting diverse educational options. But on the other side, the government is interested in ensuring quality standards are maintained. Certainly, Germany needs to consider more flexibility."

Other German education experts say they believe homeschooling will find a place in Germany in the future.

"What I could imagine is for homeschooling to be allowed within narrow parameters, with students being frequently tested by authorities," said Heinz-Peter Meidinger, head of the Deutsche Philologenverband, an association of German high school teachers. "What I would not welcome is when such students are the rule and not the exception."

Germany's increasing educational poverty is threatening to erode the country's competitive advantage on the international stage, a study shows. (June 26, 2006)

A group of fundamentalist Christians in Bavaria has won a long battle for the right to privately teach their children -- without sex ed and lessons on evolution. Bavarian officials are calling it an "emergency solution." (Aug. 31, 2006)

Catholic and Protestant pupils in Germany learn about their faiths in special religion classes at school. Muslim kids, however, are still waiting for lessons in Islam. (Jan. 3, 2006)