A German former nurse has been handed a life sentence for the attempted murder of three babies in her care. She gave them unnecessary injections in order to show off her skills in looking after premature infants. 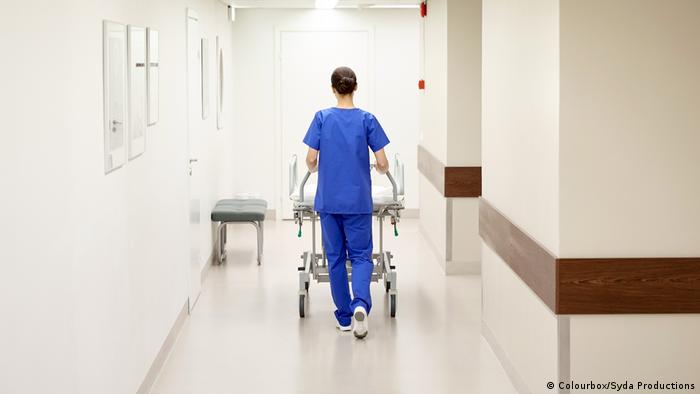 A German court sentenced a former nurse to life imprisonment on Thursday, after she deliberately endangered the lives of newborn babies by giving them needless sedatives and anesthetics.

The 30-year-old woman worked in a hospital's premature baby unit. The court in the German city of Marburg found her guilty of attempted murder.

She administered drugs to three baby girls, apparently in order to show off her ability to revive babies. Prosecutors said that she committed the crime for attention.

None of the infants died as a direct result of her crimes, which were committed in 2015 and 2016.

The woman accepted her sentence and was immediately detained.

The sentencing comes hard on the heels of the similar case of Niels Högel, another German nurse who was this year found guilty this year of murdering 85 patients between 1999 and 2005.

In a case that has horrified Germany, nurse Niels Högel has admitted to killing scores of patients in several hospitals. Högel is believed to be the most prolific serial killer in Germany's postwar history. (30.10.2018)

German prosecutors are investigating a male nurse on five counts of murder. Some of the details closely resemble the case of one of Germany's worst serial killers. (30.08.2019)