German Neo-Nazi Gets Five Years for Holocaust Denial | Germany | News and in-depth reporting from Berlin and beyond | DW | 15.02.2007

A German court on Thursday sentenced a prominent Holocaust denier Ernst Zündel to five years in prison for inciting racial hatred and denying that the Nazis killed millions of Jews. 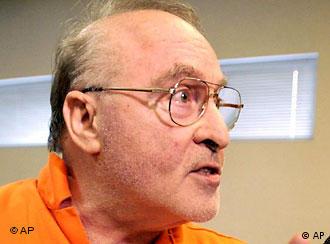 Judges in the south-western city of Mannheim gave the 67-year-old the maximum sentence under German law after finding that Zündel had repeatedly denied the murder of six million Jews by the Nazis in World War II.

It said it had counted 14 instances on Zündel's Internet homepage where he denied the historical facts of the Holocaust and incited anti-Semitism.

Zündel wrote a book titled "The Hitler We Loved and Why," described the Nazi leader as a "man of peace" and helped to disseminate a range of anti-Semitic literature.

He lived in Canada for several decades and fell foul of authorities there for his anti-Semitic opinions. He was extradited to Germany in 2005.

His trial was marked by upheaval after one of his five lawyers had to be replaced after questioning the Holocaust in arguments in his client's defense.

In his closing remarks, Zündel had called on the court to establish an international commission of experts to examine the Holocaust. He added that he would apologize to Jews and other victims if the commission confirmed that Jews had been gassed.

The German government, which currently holds the rotating presidency of the European Union, is trying to convince all other member states of the bloc to make denying the Holocaust an EU-wide crime.

As one of the most famous Holocaust deniers goes on trial in Germany, the EU takes steps to criminalize denying the Shoah. (26.01.2007)

The trial of notorious Holocaust-denier Ernst Zündel will have to be rescheduled after the judge disqualified the public defender. She had appointed a debarred right-wing extremist as her legal assistant. (15.11.2005)