Defense Minister Annegret Kramp-Karrenbauer called allegations of racist and antisemitic behavior "a slap in the face of all those who serve our country." The soldiers were in Lithuania as part of a NATO mission. 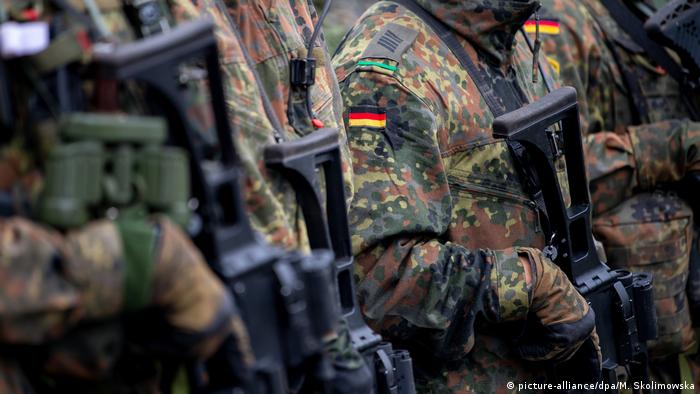 Some 30 German soldiers headed home from Lithuania on Thursday in the wake of alleged racist and antisemitic remarks as well as accusations of sexual violence, the Defense Ministry and a military spokesperson said.

"The misconduct of some soldiers in Lithuania is a slap in the face of all those who serve the security of our country day after day in the #Bundeswehr," she wrote on Twitter.

Kramp-Karrenbauer said any soldiers found guilty would be "punished with the utmost severity."

German publication Der Spiegel reported the allegations dating back to a party at a hotel in April.

Soldiers sang racist and antisemitic songs and one also sought to sexually assault another while he was asleep, a scene that was caught on film, according to the news magazine.

Der Spiegel reported that some troops had got so drunk that military police had to be called.

Further investigations uncovered that soldiers had sung a birthday song for Adolf Hitler at an earlier gathering.

The soldiers were accused of "giving offense with racist and antisemitic overtones and showing extremist behavior," a military spokesperson said.

"Such behavior is not only inexcusable but brings shame on us all," she added.

The soldiers were in Lithuania as part of NATO's Enhanced Forward Presence mission offering protection to Lithuania, Latvia and Estonia by deterring Russia.

Ukraine's ambassador has rejected an invitation to an event marking the 80th anniversary of Hitler's invasion of the Soviet Union at Berlin's German-Russian museum. He said the venue choice was "bewildering."