The planned non-combative mission by the German Bundeswehr will not be the first of its kind. Since 2005, German soldiers have trained Malian engineers and Germany has donated large amounts of military hardware. 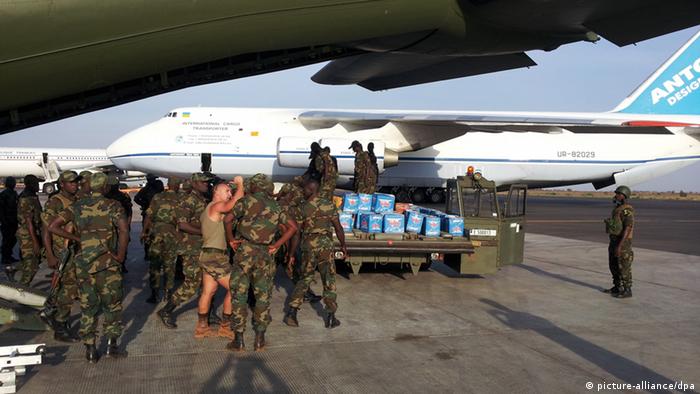 For several months now the West African state of Mali has been in the spotlight. At the start of the year it looked as if Islamist rebels from the north could overrun the weak Malian army and seize power. That prospect changed with the arrival of the French interventionary force in mid-January.

France's role as an armed ally is now gradually to be taken over by soldiers of the Economic Community of West African States (ECOWAS). At the same time the European Union is planning to train the Malian army in order to increase its effectiveness. In this, the EU can draw on the German armed forces' many years of experience. German soldiers have been active in Mali for some time but few people in Germany are aware of this. 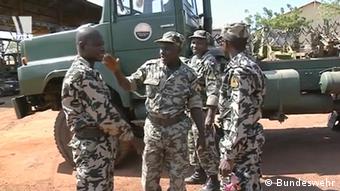 German military trainers in Mali since 2005

Between 2005 and the outbreak of unrest in April 2012 a group of Bundeswehr advisors has been permanently stationed in Mali, the German defense ministry informed DW.

"We have helped the Malian army set up a unit of engineers who should now form part of the ECOWAS operation. We have also established a training center for construction workers and mechanics," a Bundeswehr officer who did not wish to be named told DW. Right from the start, he was in charge of the advisors' group which consisted of seven soldiers. Since mid-February he has been back in the Malian capital Bamako to pick up where the advisory group had to leave off in April 2012.

The officer told DW that when he first arrived in 2005 the Malian unit was not adequately trained and lacked equipment. That has now been rectified with on-the-spot training and the delivery of redundant Bundeswehr military hardware.

In January 2008 alone, two cargo flights were dispatched to Mali at a cost of around half-a-million euros. In total, the Bundeswehr puts the cost of its Mali operation between 2005 and 2012 at 37 million euros.

The German government is now continuing with its commitment to the West African state. Within the framework of the EU training mission, some 40 German soldiers will carry on training train Malian engineers. 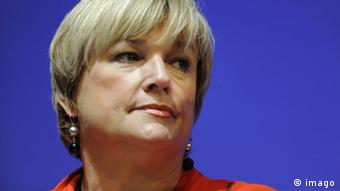 For defense expert Elke Hoff, a member of the Liberal Free Democrats (the junior partner in the governing coalition), this is a sensible move.

"We have trained an engineers' unit and we will continue with this as their work is particularly important in a country like Mali. For example, they are trained to detect explosives as well as to build roads and bridges," she told DW.

The German officer, who did not wish to be named, is now back in Bamako. He also thinks further support is necessary, in view of the fighting in the north. The engineers' tasks include building roads or making buildings safe. This kind of work is now vital for reconstruction work in northern Mali. Based on his previous experiences, he is optimistic that the Bundeswehr will be successful in its new mission as part of the EU training team. The Malian soldiers had made good use of the knowledge gained in the past, he said, and praised the way they had continued to run the training center after the Germans left in 2012, despite the turmoil.

The German officer believes the training mission will take time. "The EU training mission includes a nine months crash course in which the engineeers can take part. In the longer term I believe a period of four years will be necessary in order to consolidate everything and guarantee lasting results."

German parliamentarian Elke Hoff also believes it will take time. She recently travelled to Mali, Niger and Algeria to see things for herself. She would like to see talks begin on resolving the conflict in northern Mali. This process must include the development of the region. "A military intervention cannot take the place of political talks," she says.

The German cabinet has given the green light for German military instructors to begin the training of the Malian army. Germany's armed forces are to provide logistical support, but will not be deployed in combat. (19.02.2013)

The Islamists in Mali have been forced to retreat, but there are still fears a long-term conflict situation could develop. With the Bundestag set to debate a military mission, DW gives an overview of the main issues. (15.02.2013)