German Leaders Split on Placing Blame in Caucasian War | Germany | News and in-depth reporting from Berlin and beyond | DW | 10.08.2008

Members of Germany's ruling coalition have alternately blamed Russia and Georgia for the current conflict. A German expert says they should focus on their potential as mediators -- and not rely on US involvement. 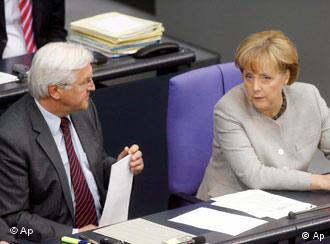 Steinmeier and Merkel might not agree on who caused the conflict, but will work together

German leaders -- many of them still on their summer vacation -- have held back on long statements about the escalating war in the Caucasus. But the few voices that have been audible so far show that the country's ruling grand coalition seems split on the question of who is to blame.

In an interview with German mass-tabloid Bild am Sonntag on Sunday, Aug. 10, German Foreign Minister Frank-Walter Steinmeier called for an immediate ceasefire.

"We face the danger of a dangerous conflagration," he said, without identifying a culprit in the conflict. 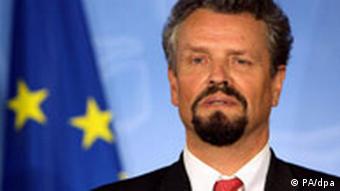 "In this sense, it is also a question of a violation of international law as soon as you start to go down the road of military action," said Erler, who is a Social Democrat like Steinmeier.

He acknowledged prior provocation of the Georgian leadership from Russian-backed South Ossetia's separatists, but said he understood Russia's reaction. While South Ossetia remains sovereign Georgian territory, Russia has taken over the role of providing economic support to the region, Erler said. From a Russian perspective, peacekeeping troops have therefore

"It's an insane, bloody war which will surely do nothing to resolve the problem of this separatist Ossetian province," he said.

Adding oil to the fire?

While other Social Democrats and members of the opposition Green party have been critical of the Georgian actions, Germany's conservatives are more inclined to blame Russia. 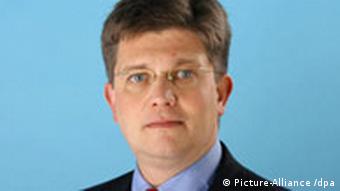 "It would be good if Moscow would stop adding oil to the fire," Klaeden told Neue Presse newspaper, adding that the Kremlin had intentionally brought about the conflict by issuing Russian passports to a majority of South Ossetians.

Merkel herself is due to meet with Russian President Dmitry Medvedev at the Russian Black Sea resort of Sochi, not far from the border with Georgia's breakaway region of Abkhazia, on Friday.

German experts on Russia, however, said that Merkel and Steinmeier would most likely work together to help resolve the conflict. 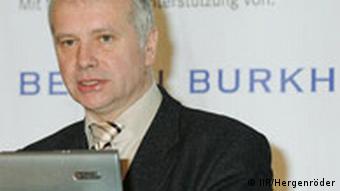 "It would be stupid for them to block each other," Alexander Rahr, a Russia expert with the German Council on Foreign Relation (DGAP), told AFP news agency. "After all, this is about a strategic question, namely securing Europe's energy supplies."

Rahr added that Steinmeier's connections to Medvedev's surroundings presented a great opportunity for him to act as a mediator in the conflict.

But more than anything else, Europeans -- who have let the US play the biggest role in the region so far -- would have to get active together.

"We can't rely on the Americans fixing this yet again," Rahr said.

Russia on Sunday intensified airstrikes and a naval blockade against Georgia, as international diplomats sought ways to bring a ceasefire to the Caucasus province South Ossetia. (10.08.2008)

Russian Prime Minister Putin urged neighboring Georgia to immediately stop "aggression" against the breakaway region of South Ossetia as the EU and US stepped in with a mediation initiative. (09.08.2008)