German lawmakers move to ban naked short-selling in the eurozone | Germany | News and in-depth reporting from Berlin and beyond | DW | 02.07.2010

German lawmakers move to ban naked short-selling in the eurozone

Germany's lower house of parliament has approved a bill that would curb risky financial trading practices - including naked short-selling - in a bid to stabilize the euro. 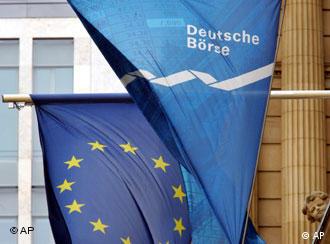 Lawmakers in Germany's lower house approved Friday a ban on naked short-selling of eurozone government bonds. The measure is intended to prohibit some of the risky financial trading practices that have led to the euro's instability.

The bill, which the government said is aimed at speeding agreement on stronger European rules, passed with the votes of Chancellor Angela Merkel's center-right coalition.

A risk to the euro

"We've put up clear barriers to this uncertainty," he added. 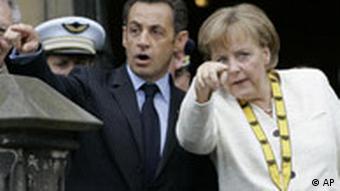 Naked short-selling is the practice of selling financial instruments one does not own on the speculation that one can buy them back later at a lower price, thus turning a profit.

Together with French President Nicolas Sarkozy, Merkel urged the EU in June to accelerate bans on risky trading, highlighting the eurozone's debt crisis as a principal reason to implement the measures.

The new legislation, which is set to go to the Bundesrat, parliament's upper house, on July 9, would extend the ban on naked short-selling to all stocks traded on German exchanges.

The Green Party and the Left Party announced their abstention from the vote, explaining that they appreciate the move toward increased market transparency, but that the bill itself was flawed and incomplete.

Social Democrat Manfred Zoellmer, meanwhile, came out against the bill entirely. "This draft law is a placebo," said the opposition fiscal policy maker, adding that the policy would be "purely symbolic" and "ineffective."

Chancellor Merkel's government, however, sees itself as paving the way for the rest Europe on the matter.

In a show of unity, Germany and France have written the European Commission urging it to speed up the process of financial market regulation and calling for the adoption of a ban on naked short selling. (09.06.2010)

Just days after German financial market regulator BaFin imposed a ban on the short sale of certain types of shares, Berlin has released documents calling for further restrictions on the practice. (26.05.2010)