Germany's federal investigators have paid up to 5 million euros for the trove of documents at the center of the so-called Panama Papers leak. While controversial, the purchase of stolen bank data is legal. 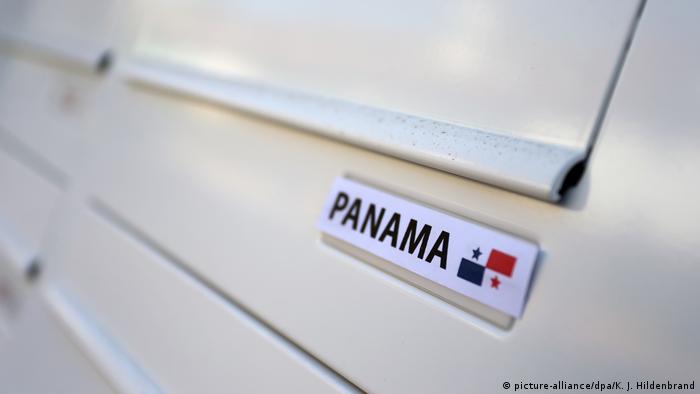 The German government stepped up its efforts to tackle organized crime and tax evasion by buying the so-called Panama Papers, a trove of documents stolen from the Panamanian law firm Mossack Fonseca implicating individuals stashing their wealth in offshore tax havens.

"These data are being looked into and evaluated with Hesse state's tax authorities to pursue criminal and fiscal offenses," the BKA said in a joint statement with Hesse's finance ministry and the Frankfurt public prosecutor's office.

Hesse's finance minister, Thomas Schäfer, said that the BKA had approached the state's tax authorities because "we have the specialists and the technical expertise." The state of Hesse was also willing to contribute to the cost of obtaining the files. "We now have to investigate in meticulous detail how valuable the data is from a tax perspective," Schäfer said.

The trove of documents was initially leaked to the German Süddeutsche Zeitung newspaper last year, but was ultimately published by a number of news organizations in cooperation with the US-based International Consortium of Investigative Journalists (ICIJ).

The papers revealed how Mossack Fonseca had created some 200,000 shell companies and listed the names of individuals, including politicians, celebrities and athletes, who had hidden their wealth in those companies.

While the purchase by the state of bank data is controversial, Germany's constitutional court had previously ruled that the German government was allowed to purchase data revealing tax fraud, even if the data was initially obtained unlawfully.

Investigators said they are also on the lookout for other criminal offenses, including organized crime and arms trafficking. Proceeds from such activities are not usually declared and therefore also fall under the charge of tax evasion.

In a similar move, Denmark last year agreed to pay an anonymous source for information on the hundreds of Danish nationals reportedly implicated in the Panama Papers.

Shell companies are not illegal per se. There may be all sorts of legal reasons to establish a shell company and protect assets overseas.

However, they can also be used for tax fraud and money laundering. Since the Panama Papers revelations, the world's group of 20 leading economies (G20) has stepped up their efforts to clamp down on tax havens.

Germany has also significantly tightened its laws on the usage of tax havens and pushed for greater transparency.