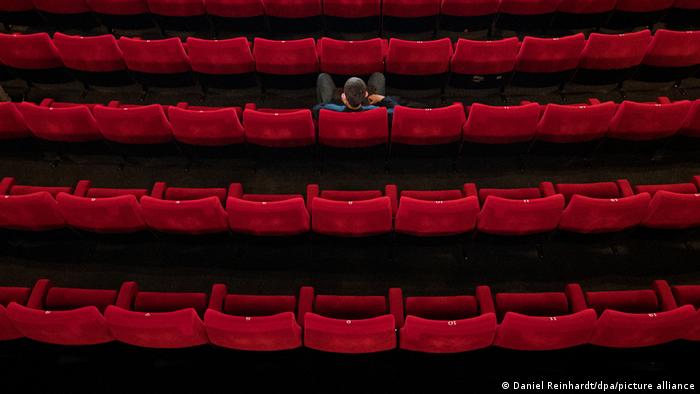 In Germany's recently passed Infection Protection Law, culture now has an enhanced legal status as the government fights the coronavirus pandemic by restricting certain fundamental rights enshrined in the German constitution. Previously, decrees were used to meet the crisis — including the weeks-long closure of theaters, concert halls, museums and other venues and the blanket ban of most arts and entertainment events in the Spring, and again in November 2020.

The German Culture Council has welcomed the change to the legislation that now gives culture a special status.

Under the new regulations, the council's director Olaf Zimmermann tweeted on Thursday, "Restrictions on cultural venues due to the pandemic must be justified by the federal and state governments. And that is a good thing!"

On Thursday, in a newsletter titled "Corona Versus Culture" on the council's website, Zimmermann welcomed the fact that culture is finally mentioned as a sector of its own, a measure that the council urged last week.

"Cultural institutions are much more than places to spend leisure time," the council argues, adding that this is now made very clear by Wednesday's decision by the German Bundestag national parliament and the Bundesrat, the upper house representing the country's 16 states.

"Theaters, museums, libraries, concert halls, movie theaters and all the other places of cultural activity are so much more than just entertainment venues. They are places where the arts, which are given special protection under Article 5, Paragraph 3 of the German Basic Law, are presented," according to the newsletter.

The council highlights what it regards to be the key point in the legislation: "In the event of bans or restrictions in the field of culture, sufficient account must be taken of the importance of artistic freedom."

Germany's cultural and creative sectors and the event industry, their work force including jobs from building stages to selling tickets, have been hit hard in the coronavirus pandemic, both during the first lockdown earlier this year and the second, less restrictive but still ongoing lockdown. Many people have been unemployed since March. Theaters and movie theaters that grew inventive and invested in pricey equipment and measures to fulfill strict hygiene and distancing regulations were shocked when they, too, had to shut down once again in early November amidst the second major spike in the country's COVID-19 cases. The German concert and event industries have also nearly come to a standstill.

People who work in the sector took to the streets in Berlin last month to draw attention to their plight. "These past months, you made us feel that we were worth less than cars, airplanes and soccer players. In the current pandemic, however, we are one of the sectors of the economy that are already in a much worse financial position than others," German musicians and comedians explained in an open letter.

The signatories pointed out existential hardships, adding that "some entrepreneurs and self-employed people have committed suicide out of sheer desperation." It is, they wrote just weeks ago, time for the government to act.

Perhaps lawmakers took to heart a remark by Till Brönner, an internationally successful jazz musician and photographer: "This is not a luxury problem."