Germany also participated in the Vietnam War. But instead of soldiers, it sent the German hospital ship "Helgoland," where civilians from both sides were treated. For many Vietnamese, it was the last resort. 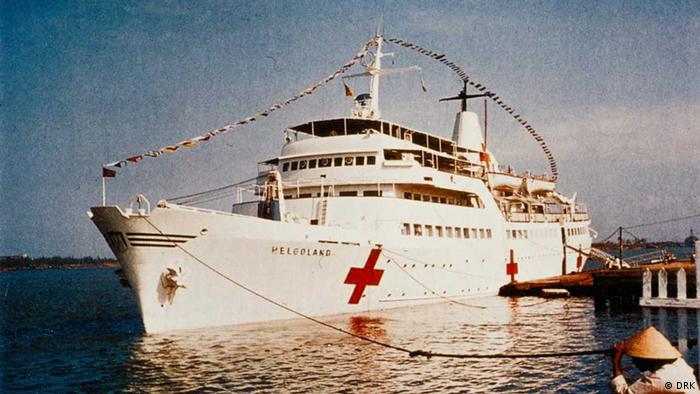 Passengers used to be able to find laughing children and fun times aboard the pleasure boat "Helgoland." The 1963-built vessel transported happy tourists from the northern German port town of Cuxhaven to the island of Helgoland. Stressed-out city slickers wanted the boat to take them to the famous chalk cliffs, where they could relax. But the Helgoland's days as a pleasure boat were coming to an end. Soon, the little ship would have a much more serious purpose.

In 1966, the "Helgoland" left for her longest journey yet. The goal, roughly 12,000 kilometers (7500 miles) away: South Vietnam. A violent civil war between communists and anti-communists had been raging in the country for years. Soon, communist North Vietnam and the US got involved as well. The Americans' entry into the war put pressure on the German government. The US kept insisting on support from their Western German allies. The German response was the deployment of the "Helgoland." In a rush, the German Red Cross had converted the boat into a hospital ship, as ordered by the German government.

Under protection of the Geneva Convention

Instead of tourists, there were ten doctors and 30 nurses on board from the German Red Cross. Some 150 beds and three operating rooms were set up along the boat's 92 meters (300 feet). There was even a proper laboratory. 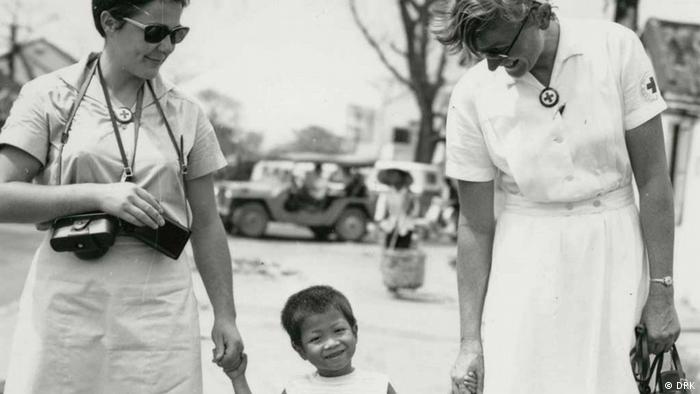 The "Helgoland" reached the South Vietnamese capital Saigon in September 1966, protected by mine-detection ships. But the doctors and nurses were not prepared for the horrors that were awaiting them. When the first wounded civilians were brought on board, the German medics were shocked. "We just cried," one nurse said. The final harbor for the "Helgoland" in Vietnam was the city of Da Nang, close to the war. Only civilians were treated on board, no soldiers. Since the boat was under protection of the Geneva Conventions, it was considered strictly neutral.

"We never asked where they came from"

The floating hospital was the most modern clinic in all of Vietnam. Medical care in the country was a disaster; there was only one doctor per 17,000 people. Word got around quickly that the German ship spelled salvation for the ill and wounded. The Vietnamese called the "Helgoland" the "white ship of hope." The crew helped everyone, no matter which side they may have been on. "We never asked where they came from," the chief physician aboard the "Helgoland" recalled. On top of that, treatment on the boat came for free.

For the doctors and nurses, working with the many civilian patients was a big challenge physically and mentally. They amputated limbs day and night from children, women and men, whose legs were torn to shreds by mines, who were wounded by gunshots or who had bad Napalm burns on their bodies. At night, the "Helgoland" left its harbor for the safer open sea. Surgeries still continued. 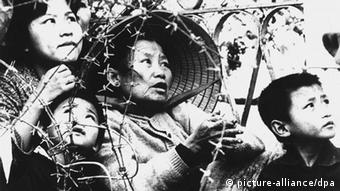 The war brought pain and suffering for the Vietnamese people. Here, a fugitive family in 1968.

The once so far-away war in South East Asia made its way into German living rooms via the "Helgoland." In 1970, German television aired the documentary "only light fighting in the Da Nang area" about the work aboard the hospital ship. The nation was shocked. The film showed the unadorned truth and horror of war. A medic said, "What I see here are many shot up, torn up kids." And he despaired of the question how such a war could be justified.

The "Helgoland mission ended in 1971, when a hospital on land took over the tasks. Until then, the boat's staff treated more than 11,000 people. And they keep helping. Today, former crew members run an association to support Vietnamese children.

Vietnam's Ha Long Bay is known for its breathtaking beauty. Environmental awareness campaigns and a German project are helping to preserve that beauty from the pollution of tourism and mining. (13.02.2013)