A German court sentenced Holocaust denier Germar Rudolf to two and a half years in prison for inciting racial hatred in publications and Web sites which "systematically" called into question the Nazi genocide. 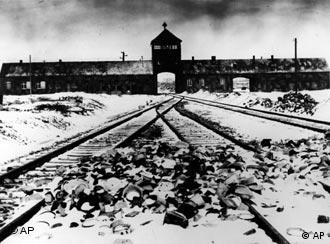 The court in Mannheim in southern Germany on Thursday found that Rudolf, 42, had contested the murder of six million Jews in Europe during World War II in propaganda on the Internet and in various publications.

Rudolf, a trained chemist who once worked at the renowned Max Planck Institute in Stuttgart, described the Holocaust as "a gigantic fraud" during his trial. He published pseudo-scientific claims that it was impossible that Zyklon-B poison was used in the gas chambers at the Nazis' Auschwitz death camp.

He also said that he had found no evidence that the gas chambers used to kill hundreds of thousands of Jews ever existed.

Deportation after escape to US 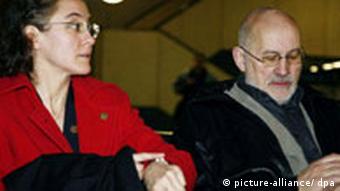 Rudolf fled from Germany to the United States in 1995 after a court handed him a suspended sentence of 14 months for whipping up anti-Semitic sentiment.

He applied for political asylum in the US in 2000, but was rejected. He was deported in 2005 to serve the 1995 sentence. Rudolf was arrested when he appeared at an immigration office in Chicago to apply for a green card based on his marriage to a US citizen.

He was charged again in April 2006 with "systematically" denying or playing down the Nazi genocide of Europe's Jews in documents and on the Internet and of stirring anti-Semitic hatred.

"He presented the Holocaust as invention," prosecutor Andreas Grossmann told the court in his closing speech.

Conviction follows that of associate Zündel 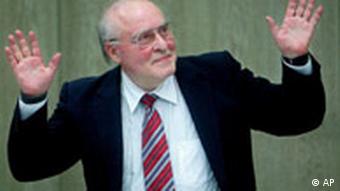 Rudolf's conviction follows that of neo-Nazi "historian" Ernst Zündel, one of the leading figures in the Holocaust denial movement and an acquaintance of Rudolf's, in February.

Zündel was jailed for five years in jail for his books and Web sites which contained fulsome praise of Nazi dictator Adolf Hitler and abuse towards Jews.