Germany's hope of using its EU presidency to persuade all 27 member states to make Holocaust denial a crime has received a setback in Italy and is expected to run into more resistance. 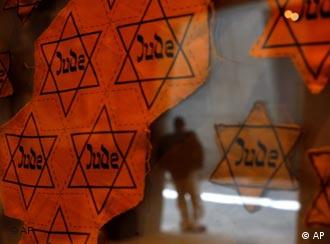 Berlin on Friday won moral support from the United Nations which adopted a resolution urging members to "reject any denial of the Holocaust as a historical event".

Diplomats said the move was aimed at Iran, whose President Mahmoud Ahmadinejad dismisses the murder of six million Jews by the Nazis and their collaborators in World War II as a lie.

Hours before the UN resolution was passed, the Italian government published a draft law which proposes penalties of up to three years in jail for inciting racial hatred, but stops short of making Holocaust denial a crime.

Some 200 historians had voiced their objection, arguing that it would infringe on free speech, and Justice Minister Clemente Mastella failed to win support for a more explicit bill.

Germany had looked to Rome for support for its drive for a common EU law, saying the support of the new Italian government would leave "the road clear" for standardization.

A similar attempt by Luxembourg in 2005 was blocked by Britain, Denmark and notably Italy, where Silvio Berlusconi's centre-right coalition was still in power. 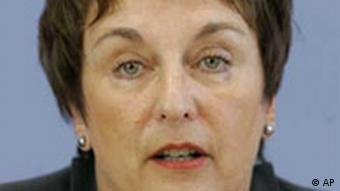 German Justice Minister Brigitte Zypries this month said Germany had a moral imperative to try again for an EU-wide ban because of the Third Reich's responsibility for the Holocaust.

In Europe, only Austria, Belgium, France, Germany, Poland, Romania and Spain have laws that specifically target revisionism, leaving Berlin to convince 20 others to come on board by July.

Zypries' arguments for a common law are borrowed from Luxembourg's failed bid which was perceived as a way of preventing anti-Semitism ever again sweeping Europe.

She told EU counterparts at a meeting in Dresden that criminalizing Holocaust denial would help to stem a rising tide of far-right extremism, which is particularly visible in eastern

"The steep increase in the activities of right-wing extremists and in violent crimes committed by them is worrying us. We should at last put in place consistent measures to fight the far-right."

She proposed that all European Union countries also criminalize the use of Nazi insignia. 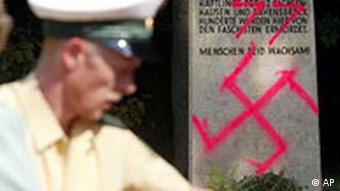 The Hindu symbol was perverted by the Third Reich

This has sparked an angry counter-campaign by Hindu groups who say the swastika had been part of their religious symbols for nearly 5,000 years before the Nazis appropriated it.

Germany made Holocaust denial a crime in 1985. It wants the rest of Europe to penalize it by one to three years in prison.

Beate Rudolf, an expert on European law at Berlin's Free University, believes the initiative is doomed.

"I do not think they will be able to rally all member states behind their proposal. Traditionally, there is too big a difference between members' practice on this specific issue," she told AFP.

She predicted the German proposal would again be opposed by Britain, as well as states who "do not think that the power of the EU extends far beyond the economic arena".

Prosecution of deniers challenged by intellectuals 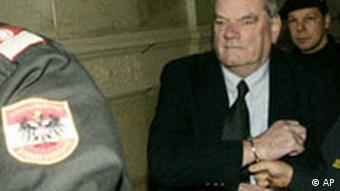 Irving was jailed in Austria under its denial laws

The persecution of Holocaust deniers has been questioned by intellectuals across Europe and Austria's jailing of British revisionist historian David Irving was strongly criticized.

Irving was handed a three-year sentence for claiming that Adolf Hitler had tried to help the Jews, but was freed in December after serving 13 months.

Berlin's bid could also become bogged down in an argument with the Baltic states which want the EU to make it a crime to deny the abuses of the Stalinist regime in the Soviet Union.

In Germany the prevailing view is that not even the horrors of Stalinism could be equated with the Holocaust.

As one of the most famous Holocaust deniers goes on trial in Germany, the EU takes steps to criminalize denying the Shoah. (26.01.2007)

Should the EU Make Holocaust Denial a Crime?

German politicians recently said they want to make Holocaust denial a crime across the EU during their country's six-month term as head of the bloc. The issue stirred many DW-WORLD.DE readers to share their thoughts. (22.01.2007)

Germany attempts to enforce an EU-wide ban on Holocaust denial