German held in Yemen freed and flown to Oman

A German being held in Yemen has been freed and is now in nearby Oman. He was flown out of Yemen's capital, Sanaa, which is controlled by the Iran-allied Houthi militia, on an Omani air force flight on Tuesday evening. 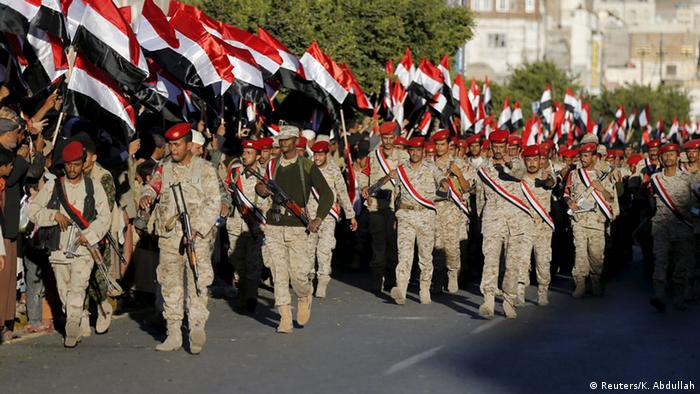 The identity of the man has yet to be made public, and the circumstances of his detention, who seized him and when also remain unclear.

German authorities reportedly approached Oman - the only Gulf Arab country that has good relations with Iran and the rebels - to negotiate the release of the man from rebel-held capital Sanaa "for humanitarian reasons."

The capture of Sanaa in 2014 by Iran-backed Houthi rebels' led to armed intervention by a Saudi-led Arab alliance, which has been using air strikes against them and allied soldiers loyal to former president Ali Abdullah Saleh.

Oman, which is not part of the Saudi-led alliance, has played an active role in efforts to negotiate an end to the conflict, which has killed thousands, many of them civilians.

In April this year Omani armed forces evacuated an American from the capital following a similar request for assistance from the US.

In September last year Oman helped to negotiate the release of a Briton, two Americans and three Saudis held by the Houthis.

So near and yet so far: Yemeni refugees stuck in Djibouti

The war in Yemen triggered a little-reported flood of refugees fleeing across the sea to Djibouti, where they try to recreate a normal life. James Jeffrey reports from a remote camp near the desert town of Obock. (19.06.2016)

Saudi Arabia and its allies have threatened the UN with cutting funds to millions of children in order to squash criticism of rights violations in Yemen. Blackmailing the UN is unlikely to avert criticism. (10.06.2016)