Environmental authorities in Berlin have admitted Germany's harmful gas emissions have been on the rise again, partly due to a harsh winter. But they said long-term Kyoto Protocol reduction targets had still been met. 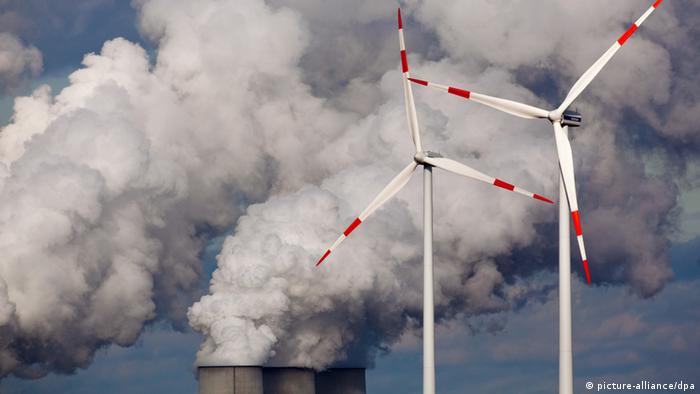 German harmful gas emissions rose by 1.6 percent year-on-year in 2012, the Federal Environment Agency (UBA) announced on Monday on the basis of preliminary calculations.

The agency attributed the rise to a colder winter, leading to more natural gas and coal being used for heating purposes.

But according to UBA, the annual surge in harmful emissions did at no time jeopardize the country's ambitious climate targets stemming from the Kyoto Protocol. It said that by the end of the international treaty in December 2012, Germany's harmful gas emissions had gone down by 25.5 percent from 1990 levels, with the country pledging to reduce them by at least 21 percent.

So far, the EU's policy has been shaped along its 20-20-20 targets for 2020. They stand for a 20-percent reduction of greenhouse emissions from 1990 levels, a 20-percent gain in energy efficiency over the same period and a 20-percent share of renewables in the bloc's overall energy generation.