German government to grow marijuana for medical use

The German cabinet has approved a measure allowing the use of medical marijuana in certain cases. The law also stipulates that the drug would be covered by public health insurance policies and grown by the government. 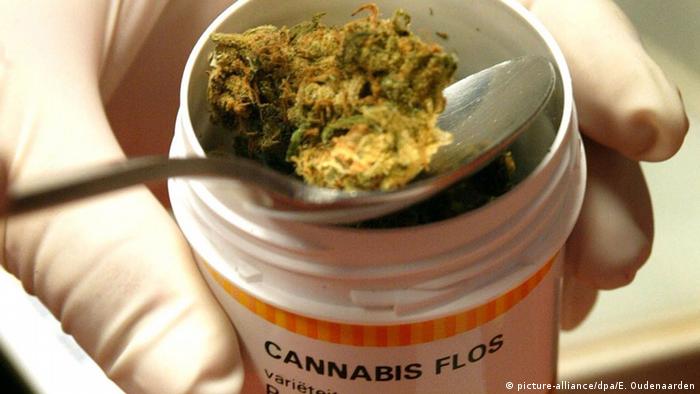 A proposal from German Health Minister Hermann Gröhe to allow seriously ill individuals increased access to medical marijuana was approved by the German government on Wednesday.

"We want to give the best possible care to the seriously ill," said Gröhe, a Christian Democrat, in a press release from the health ministry on Wednesday.

Previously, patients seeking to use medical marijuana needed special permission to obtain it and had to pay for it themselves. According to the government, 647 people in Germany had obtained the necessary permission as of April.

To provide pharmacies and patients with a supply of cannabis, the law would also allow cultivation of cannabis plants by the Federal Institute for Drugs and Medical Devices. Additional research on the effects of medical marijuana is to be carried out with the patients who use it.

"The limited use of cannabis as medicine is reasonable, but it also needs to be researched further," said the German government's drugs commissioner, Marlene Mortler, in Wednesday's press release.

She added that "cannabis is not a harmless substance, and therefore there cannot be legalization for purely private use."

Chancellor Angela Merkel's spokesman, Steffen Seibert, later shared details of the bill via Twitter, including a reminder that using or growing the drug for recreational purposes remained illegal.

A vote on the law by Germany's parliament, the Bundestag, is expected to be a formality, with the law likely coming into effect in spring of 2017. A press release from the health ministry said Germany would cover its medical marijuana needs until then with imported cannabis.

Germany's government has plans to set up a pharmaceutical agency to regulate the cultivation of cannabis for medicinal purposes, according to a media report. Such a step could make the drug more accessible to ill people. (01.11.2015)

With the UN special session on on drugs underway, DW is publishing the results of three separate Twitter polls. They show how Twitter users around the world really feel about drugs and contain a few surprises. (20.04.2016)