Germany looks certain to dodge recession in the current year as Europe's most powerful economy shifts into higher gear. The government in Berlin says it'll keep focusing on budget consolidation. 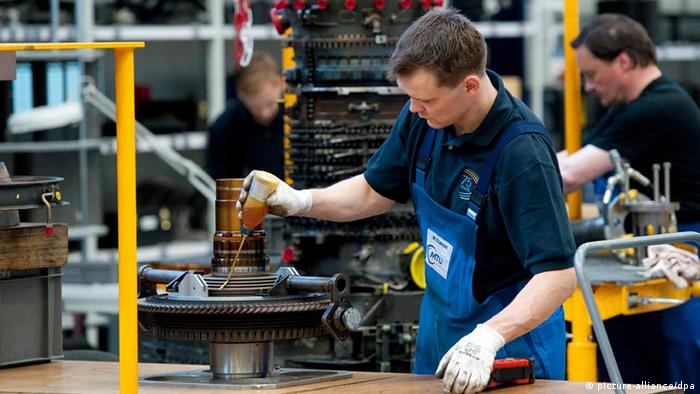 Germany's economy will post moderate growth of 0.7 percent throughout the current year, the government announced in its latest economic forecast on Wednesday. Things look even better for 2013, with 1.6-percent growth expected by the Economics Ministry in Berlin.

"Growth of 0.7 percent this year, higher income and more people in employment show that Germany is doing well and remains the growth engine in Europe," Economy Minister Philipp Rösler told reporters in Berlin on Wednesday.

Berlin's latest forecast is seen by analysts as renewed evidence that Germany has largely defied the eurozone debt crisis and generally performed better than its main partners in Europe.

Rösler pointed out, though, that global risks such as soaring fuel prices and political instability in many parts of the world must not be underestimated. "The risks from the international environment remain high, and the European debt crisis is far from being resolved," he said in a statement.

The minister emphasized that the government continued to view budget austerity as the best way to secure a solid economy. He thus delivered a broadside to a current eurozone debate on shifting the crisis-fighting strategy to fostering growth rather than tightening belts even more.

"The positive trend in Germany shows that budget consolidation and courageous structural reforms pay off on the labor market, and that's an important message to our partners in Europe," Rösler argued.

Germany's Finance Minister Wolfgang Schäuble recently confirmed that he was sticking to the goal of presenting a next-to-balanced budget in 2014.