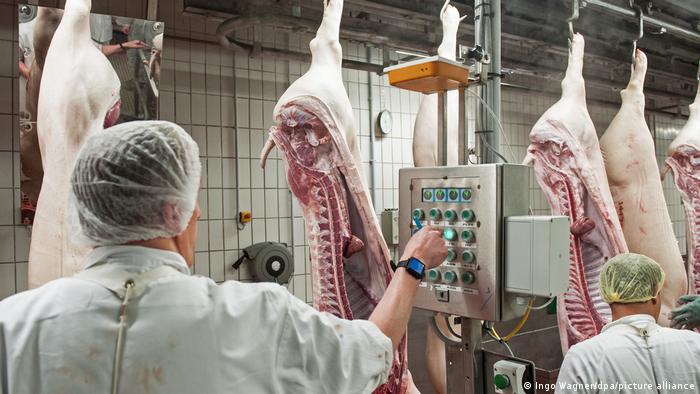 The law was delayed several times because of differing views between the parliamentary parties of the conservative CDU/CSU bloc and the center-left Social Democrats (SPD). It is now to be presented to parliament for approval in mid-December and go into force at the start of 2021.

The new law will aim to prevent large meat corporations from delegating responsibility for the welfare of workers to subcontractors. Among other things, it will completely ban the use of temporary workers in slaughterhouses. The ban will not apply, however, to companies with fewer than 50 employees. 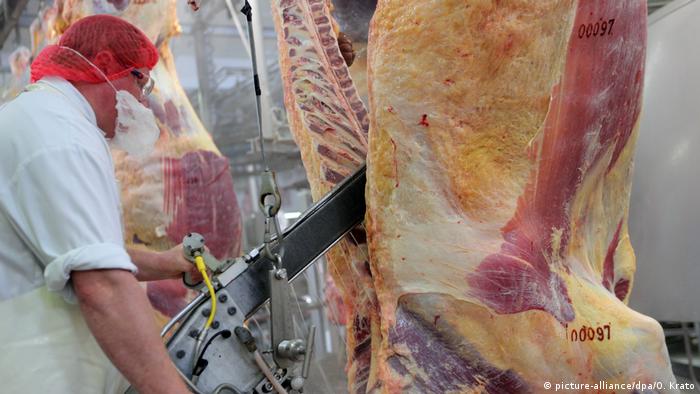 The cool, dry conditions in slaughterhouses are thought to help the coronavirus spread

Exceptions are to be made on a limited and regulated basis in the meat-processing industry but only for the next three years. Under the law, such companies will be allowed to employ temporary workers to a limited extent during peak times, such as the summer barbecue season. Those workers will have to be paid the same and enjoy the same protections as core employees, according to the SPD's deputy parliamentary leader, Katja Mast.

This exception was included at the wish of the conservatives, who had long resisted any complete ban on temporary workers.

Labor Minister Hubertus Heil, who is from the SPD, said that the law would put an end to "sub-, sub-, subcontractors and organized irresponsibility" in the meat industry.

Earlier this year, several outbreaks of coronavirus at German slaughterhouses and meat-processing plants had exposed the often dire working and living conditions of many of the people from eastern Europe working in the industry. Heil promised at the time to "clean up" the meat industry.

Tönnies and its contract workers - Exploitation in Germany

Schalke shut the door on Tönnies despite financial woes 07.01.2021

Despite the sporting and financial crisis facing Bundesliga side Schalke, the club have refused an offer of help from ex-supervisory board chairman Clemens Tönnies. No other person divides the club like the 64-year-old.