German Gender-Assignment Case Has Intersexuals Hopeful | Germany| News and in-depth reporting from Berlin and beyond | DW | 12.12.2007

A woman who was determined to be a boy as an infant is suing a German surgeon for damages, 30 years after he removed her female sex organs. 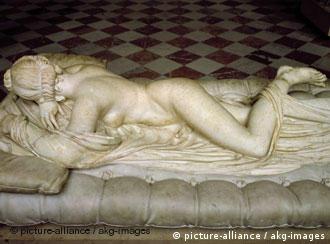 Greek god Hermaphrodite: gender lines have been blurred since antiquity

Gender-rights activists are hoping the lawsuit brought by 48-year-old Christiane Völling will set a precedent in legal cases brought by intersexuals who may have wrongly undergone sexual-assignment surgery.

Völling, now a nurse in Düsseldorf, complains that she was forced to lead a "false life" as a man -- something she never wanted to be but was made to do by doctors who tried to cover up an unusual intersexual condition.

Völling is demanding 100,000 euros ($147,000) in damages for pain and suffering from the Cologne surgeon who removed her functioning reproductive organs in 1977 without informing her of alternatives and possible consequences. 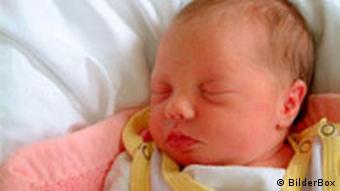 The gender of some babies is not immediately clear

Völling goes by the name Christiane but was registered as a boy and named Thomas at birth after a midwife mistook her enlarged clitoris for a penis. She is currently petitioning for an official change of her first name, as well as her "personal status" -- a complex procedure in Germany.

According to court documents, doctors in a Cologne clinic removed Völlings's "normal sized ovaries" and uterus in August, 1977. Yet despite the fact that she was 18 when the operation took place, it is unlikely that she was aware of possible consequences from the operation. A 1979 letter written by the surgeon to local military authorities "urgently" called for her to be exempt from military conscription because Völling was "genotypically female."

But in the letter, he acknowledged that "Mr. V. has not yet fully been informed about the extent of his condition."

The Cologne operation came at the end of a long and winding medical road that Völling started down at birth.

First came the misinterpreting of her indeterminate genitalia -- actually the result of an unusual hormonal condition called virilizing adrenal hyperplasia. As a youth, Thomas identified as a female and once told his mother, "I am a girl," he told the Süddeutsche Zeitung newspaper in an interview.

The condition also meant Völling grew facial hair, along with other health anomalies.

"I felt like a monster, and was always an outsider," she told the Süddeutsche Zeitung.

But Völling's reproductive organs were discovered during an appendectomy at age 17. This was followed by an agonizing series of doctors' visits -- and an ultimately unsuccessful attempt at penis construction and hormone therapy aimed to make her more of a man. 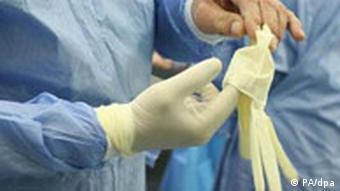 Völling only came to understand her situation in 2006, when a urologist gave her a questionnaire to take part in a national study on intersexuality. Further research led her to finally gain access to her medical files.

And then she called a lawyer.

Düsseldorf lawyer Georg Groth, who is handling Völling's case, told the Kölner Stadtanzeiger newspaper that the 30-year-old case barely made it under the statute-of-limitations wire. The lawyer told the Süddeutsche Zeitung he feels confident of a win, even though the case only focuses on one of a whole series of medical missteps.

Official estimates set the number of intersexuals in Germany at around 80,000. The topic itself is losing its "taboo" status in the country. Self-help groups like "XY-Women" have cropped up in the past decade, and the German parliament began supporting research into intersexuality in 2001.

A set of ethical guidelines for doctors dealing with intersexuality is expected to be published by 2008. Today, many activists say children whose gender is unclear at birth should be allowed to develop without sexual-assignment surgery until they are old enough to decide for themselves which gender -- if either -- they want to choose.

Others simply advocate a wider acceptance of intersexuals and a rethinking of gender divisions in society at large.

A new German translation of the Bible is aimed at ridding the Holy Scriptures of their misogynist and anti-Semitic traits as well as flashing out the relationship between the poor and the privileged. (20.05.2006)

Should doctors and parents decide which gender a child should have, if it is unclear? Please include your name and country in your reply.