A new German translation of the Bible is aimed at ridding the Holy Scriptures of their misogynist and anti-Semitic traits as well as flashing out the relationship between the poor and the privileged. 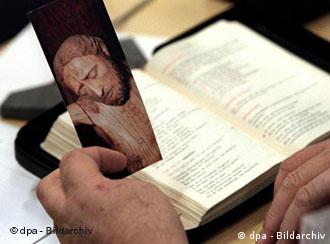 A new German translation of the Holy Scriptures, entitled "The Bible in Fair Language," will be published this fall, in time for the international book fair in Frankfurt. A team of 42 women and 10 men worked on the translation for five years in an attempt to render the 2,400 pages of biblical texts in an easy-to-follow, contemporary language.

For those who do not read the Bible on a regular basis, the new German translation will be easier to understand. Those who already know text well, however, will find it novel and strange.

According to Protestant theologian Claudia Janssen, who worked on the new Bible, the old text has been rendered in a bias-free language.

Staying true to the original 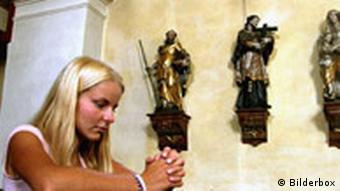 Previous Bible translators also wanted to stay true to the original. They always chose words and images, which were quite common and easy to understand in their times, but which no longer seem appropriate.

"Perhaps, you know the sentence from the Epistle to the Romans, in which Paul says: 'I admonish you, dear brothers.' In the new translation, we have 'I encourage you, brothers and sisters,'" Janssen said. "Women were members of the communities at the time. They were prophetesses, teachers, or disciples. They were also there in the everyday life as artisans or fishers. It is them that we are making visible in our translation."

Luther's concepts of 'maidservants' and 'serfs' are, for instance, difficult to classify today, because that kind of exploitation and injustice no longer resonates with the contemporary reader. Instead, the new translation speaks of "slaves." 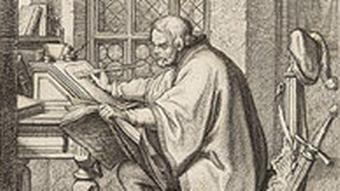 The history of Christianity has also been characterized by anti-Semitic sentiments, which kept being disseminated by various biblical translations.

"We try to make it clear that the New Testament is a collection of Jewish scriptures and that the Old Testament is the Book of Jews," Janssen said. "We want to approach that with respect and behave accordingly."

The name of the Lord

In previous German translations of the Bible, God was usually referred to as "Herr." The German word corresponds to the English "Lord" but is also used in everyday language in the sense of "mister." God's name, however, was never meant to be pronounced because it is a part of the divine mystery. 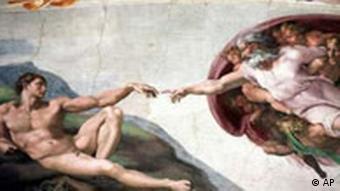 For centuries, the image of God was exclusively masculine

"The most important Hebrew rendering of the name is 'adonai,' which is a special form," said Frank Crüsemann, a professor of theology who himself worked on the new translation and is an expert in the Old Testament. "It means roughly something along the lines of "Herr," but not in the usual sense of Herr Crüsemann or Herr Meier. We name God today with a word which describes any man, which is really totally impossible, a scandal. German Jews used to say 'the Eternal One' -- there are many such circumlocutions, some 10,000 attempts."

In many new translations, God is referred to in the feminine form to stress the fact that God exists beyond the polarity of the sexes.

"We are very much used to speaking about God in the masculine," Crüsemann said. "In the new translation, however, the feminine aspect prevails, which I find to be good and exciting."

The new translation is not meant to compete with other translations. It should, instead, highlight the creative co-existence of various interpretations of the original text.

"Every translator knows that their translation has a limited shelf-life, that the theological decisions in the background are temporary and that the language also changes over time," Janssen said. "Basically, as soon as the Bible gets published, we will have to start revising."

"I also hope that all the people who will work with this Bible will start to think creatively about the biblical language and develop their own translations," she added. "Luther said himself: 'I wish a translator was working in every village, every town.'''

While a US court this week ruled that evolution must be taught as a fact in Pennsylvania schools, a small group in Germany is trying to advocate alternatives. It believes that an "intelligent designer" created life. (Dec. 21, 2005)

A protestant parish is trying to raise money to restore the Martin Luther Memorial Church in Berlin -- and its National Socialist ornamentation -- as a memorial to the victims of the Nazis. (Apr.21, 2006)

Jewish communities in Germany estimate they have around 200,000 members -- 10 percent more than before the fall of the Berlin Wall. With only 23 rabbis to lead them, more religious leaders are needed. (May 14, 2006)