The German FM wants the European Commission to be stripped of some of its powers, a report says. But the Finance Ministry has denied the claim, saying Schäuble only desires the "right balance." 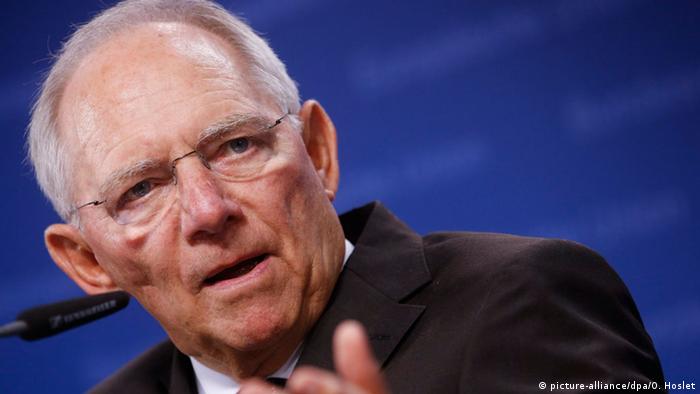 German Finance Minister Wolfgang Schäuble wants to see the executive body of the European Union, the European Commission (EC), lose some of the core fields of responsibility it has previously borne, such as the legal supervision of the EU domestic market, a newspaper reported on Thursday.

The "Frankfurter Allgemeine Zeitung" quoted Brussels diplomats as saying that at a meeting of EU finance ministers two weeks ago, Schäuble had called for a quick discussion between EU states about how the EC could fulfil its original functions, which also include monitoring competition within the EU.

Schäuble was concerned that the body's increasing political activities made it incapable of carrying out its function of watching over the correct implementation of the European treaties, according to the report.

The paper said Schäuble has proposed setting up new, politically independent bodies to take over monitoring tasks in view of the EC's increasing political activity as a "European government."

According to the paper's report, Schäuble feels that EC president Jean-Claude Juncker exceeded the body's remit in recent negotiations over new loans for Greece.

The German finance minister has often stated that the EC was not empowered to negotiate over Greek loans, but that this was the task of the Eurogroup - made up of eurozone finance ministers - as the representative of European creditors, the paper said.

Schäuble attracted much criticism during the recent negotiations on a third bailout for Greece because of his proposal for Greece to temporarily leave the common euro currency.

Juncker has often emphasized that he wants to lead a "political commission."

The German Finance Ministry has dismissed the report, saying that Schäuble merely thought it "important for the Commission to find the right balance between its political function and its role as guardian of the treaties."

This had nothing to do with a "disempowerment of the Commission," the ministry said.

US President Donald Trump has stretched and strained relations with many of the country's long-standing allies in Europe. Many EU politicians are hoping that a win for Joe Biden could turn things around.