Ellen M. Harrington, the new director of the German Film Museum and Institute, wants to acquire new collections and also send its own on tour around the world. She also plans to curate special exhibitions in the museum. 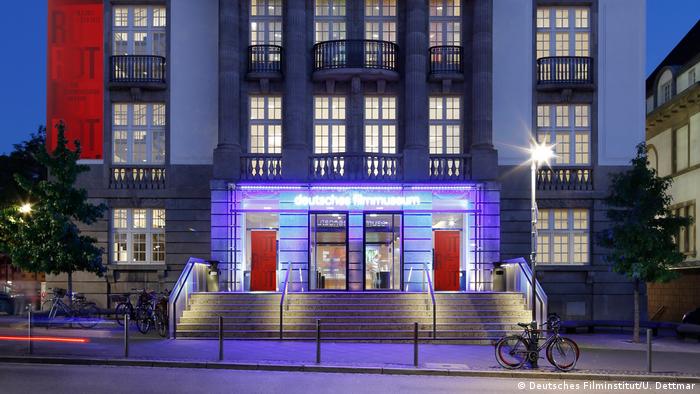 The new director of the German Film Museum and Institute announced Tuesday that she would like to improve the organization's global connections going forward.

In her role since January 1, the American-born also added that she would like to see a greater drive to send the museum's "successful and exemplary" exhibitions on international tours. She said she is already working to acquire new and important collections for the museum.

Throughout the year, the five-story museum in Frankfurt puts on a range of exhibitions, both permanent and temporary, related to German and international cinema. The museum also shows movies, lends out films, hosts projects and festivals and maintains a variety of archives.

Harrington also expressed her desire to improve communication with the public about the concerns and duties of both the museum and the institute. She highlighted the importance of digital platforms in this process, alongside traditional media.

Dialogue with cinema fans is key, she said. "The public is changing, making it even more important that we continue to work on … finding new ways to build visitor loyalty."

Read more: How rare silent films are celebrated in Germany

The 54-year-old Harrington took over the directorial leadership from Claudia Dillmann, who retired in September.  Before joining the German Film Museum, Harrington helped establish the Academy Museum of Motion Pictures in Los Angeles, where she also planned numerous shows. She also served as the founding director of the Academy's International Outreach Program.

According to German news agency epd, Harrington's first exhibit in Germany will be devoted to "2001: A Space Odyssey," the Stanley Kubrick science fiction classic that opened 50 years ago this spring.

The German Film Institute was founded in 1949 and is Germany's oldest institution dedicated to film studies. Aside from the Frankfurt museum location, it has another location in Wiesbaden.

The German Film Institute took over the running of the Film Museum in 2006. In 2011, the museum underwent a €13 million ($15.8 million) renovation, with significant financial support from both the state and the federal level.