German monthly exports have seen their biggest drop in about two and a half years, fresh figures from the statistics office have revealed. The decrease came as a surprise to many experts who had penciled in an uptick. 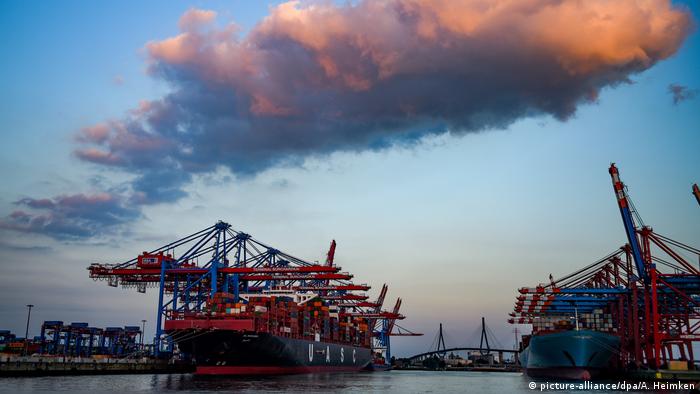 It said exports dropped by 3.2 percent compared with January, marking the steepest fall since August 2015.

The decrease took analysts by surprise who had expected outbound shipments to edge up by 0.2 percent.

"It's the weakest start to a new year since 2009," said ING Diba economist Carsten Brzeski. "But while the long-term risks have increased considerably, the short-time outlook remains relatively good," he argued. 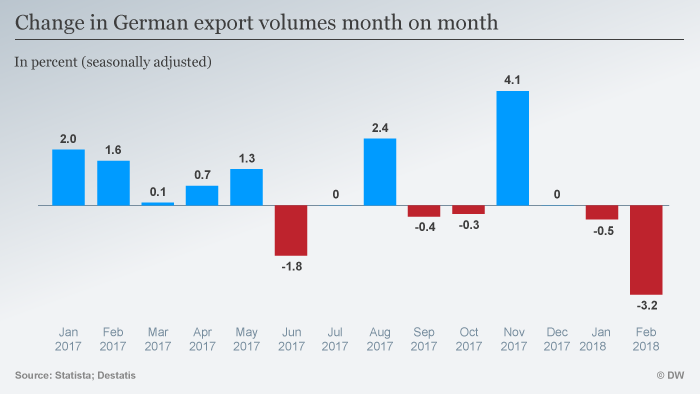 "We're seeing a spoiled first quarter already," added Dekabank economist Andreas Scheuerle. "The weak start can hardly be explained as nothing has changed in terms of market conditions globally."

Looking at the month-on-month figures, Lothar Hessler from HSBC Trinkaus said he believed "the peak of the current economic cycle is already behind us," adding that a stronger euro might have weighed on German exports recently.

The picture is far more positive in a year-on-year comparison. It shows that German exports rose by 2.4 percent to total €104.7 billion ($128.6 billion), with shipments to fellow eurozone nations surging by 5.3 percent.