German employers split over campaign to ban smoking breaks | Germany | News and in-depth reporting from Berlin and beyond | DW | 13.01.2012

Die-hard smokers in Germany may soon no longer be able to smoke during working hours, neither outside nor in the office. Some employers now want to do away with smoking breaks completely to boost productivity. 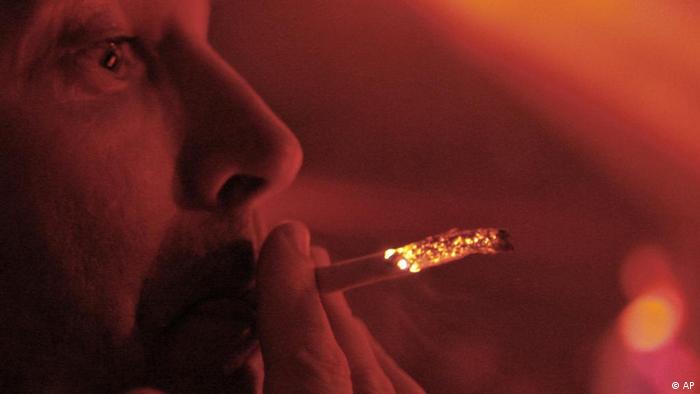 Smoking during working hours may eventually be banned

Employers in Germany have launched a campaign to ban all smoking in the workplace, not just indoors, but also outside, to boost productivity.

Not that German workers would normally be allowed to light a cigarette at the workplace. A ban on smoking as enacted almost everywhere in public places would prevent them from doing so. But while at work, they're often still able to just go outside for smoke in many companies.

The campaigners' main concern is not so much people's health but the time that is wasted and lost for the company - time that employers pay for, unless they strictly require workers to use a time clock for short breaks.

"Smoking breaks cost employers money, and they hinder the working process," the president of the German Association of Small and Medium-sized Enterprises (BVMW), Mario Ohoven told the Bild newspaper. He cited Sweden as a country in which many firms had long done away with smoking breaks at work.

His view was echoed by the Federation of Mid-Sized Business Entrepreneurs in Germany (UMW). "Smoking breaks discriminate against non-smokers who keep working, non-smokers are losing out," board member Ursula Frerichs said.

Companies also lose out because they can suffer considerable losses. According to a recent survey by Hamburg University, the non-productive time spent by employees on smoking during working hours cost German companies some 28 million euros ($35.9 million) annually.

The European Commission aims to further tighten anti-smoking legislation in the bloc, eyeing a complete ban at the workplace. But the new directive, which is already in the pipeline, is unlikely to be implemented before 2015. 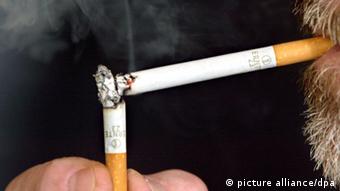 Currently in Germany, smoking breaks are being handled differently by individual companies. Collective bargaining deals in the automobile sector, for instance, allow workers to go for one or two smokes every hour without a reduction in salary. But Germany's Federal Labor Agency, which has 100,000 workers on its payroll, requires staff to use a time clock when going outside for a smoke.

Give me a break!

The campaign against smoking breaks did not trigger applause from everyone. Karl Lauterbach, a senior opposition Social Democrat health expert, said he too was in favor of very strict legislation to protect non-smokers at the workplace. "But banning all smoking breaks during working hours in general would be a step toward a dictatorship of non-smokers," Lauterbach added.

The Federation of German Employers' Associations (BDA) insisted that responsibilities to deal with smoking breaks should stay with individual companies. "There's no need for further federal legislation on smoking at the workplace," BDA spokeswoman Martina Perreng told the Bild newspaper.

Given that there's no united front on the issue among employers, the idea of a general ban on puffing breaks during working hours may well go up in smoke.

German kids just don't think smoking is cool anymore. So said the German Center for Health Education, which reported smoking among youths has gone down by about half over the last decade. (25.02.2011)

In a DW interview, a UK researcher says the Bulgarian-made pill is far cheaper than many others. Cytisine is primarily used in Russia, Poland, and other eastern European countries. (14.10.2011)