German Doctors Want Smoking Classified as a Sickness | Germany| News and in-depth reporting from Berlin and beyond | DW | 17.09.2008

Germany's Federal Medical Society is proposing that nicotine addiction be classified as an illness in a bid to help the country's smokers quit. Not everyone is behind the idea. 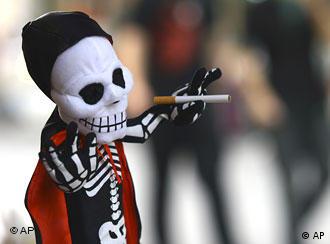 Smoking has already been demonized, now it's on the verge of being labeled a sickness

Germany's doctors have now joined the country's politicians, drug counselors and regional legislators in taking a stand against smoking.

While this shouldn't come as much of a surprise given the physical evidence that shows smoking is bad for a person's health, what is surprising is the Federal Medical Society has called for nicotine dependency to be classified as an illness.

The Federal Medical Society suggests that smokers who have a real dependency should be assessed for treatment by doctors in the same way as those suffering from physical ailments or complaints. If the smoker is then determined by the doctor to have an addiction, the appropriate recovery program should then be prescribed.

The idea behind the proposal is to increase the pressure on smokers by labeling them as sick and in need of medical help. It is also a way of getting smokers off the weed and on to the road to recovery by providing professional help.

While it will be no shock to hear that the German Tobacco Federation is less than pleased by the proposal, the fact German health insurance companies are concerned could raise a few eyebrows. 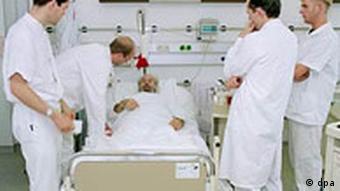 By classifyng smoking as an illness, some insurers say, more people will be claiming on their policies for smoking-related remedies and subsequent treatment by doctors. While many are happy to pay out for treatment arising from accidents or naturally occurring illnesses, some companies are less eager to offer remuneration for medical aid given to treat a self-inflicted addiction.

The consequent financial pressure on the health system and the insurance business could be huge, should the Federal Medical Society's proposal get approval this month.

As the world marks No Tobacco Day on May 31, DW-WORLD.DE takes a look at Germany's cigarette industry, whose new head lobbyist wants to make her work transparent. A major tobacco player and critics aren't convinced. (30.05.2008)