German court to rule on Kunduz airstrike | Germany| News and in-depth reporting from Berlin and beyond | DW | 20.03.2013

A case has been opened to rule on whether the German government can be held liable for a lethal airstrike on two fuel tankers in Afghanistan in 2009. Over 90 people are believed to have been killed in the bombing. 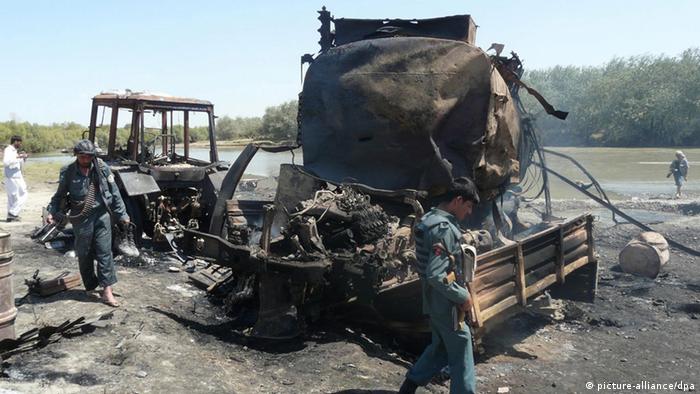 Muhammad Agbad was the scribe of his small community in the Afghan province of Kunduz. Every day, the 12-year-old walked two kilometers (1.2 miles) to the school in the neighboring village. In the afternoons, he often sat under a tree in front of the main mosque, writing letters on behalf of the other villagers to their relatives in Pakistan and Iran.

In the night from September 3 to 4, 2009, Muhammad walked along a dried-up river to where two abandoned fuel tankers had broken down. Perhaps the boy was looking to get some free fuel for his family - or maybe he was just curious and wanted to have a look. He was killed shortly before 2 a.m. on September 4, when two NATO fighter jets bombed the fuel trucks, which had earlier been hijacked by the Taliban.

Going before the court

The attack was ordered by German officer Col. Georg Klein and killed between 91 and 141 people - the victims' lawyer Karim Popal and the German Ministry of Defense report different numbers. Taliban fighters had hijacked the fuel tankers at a fake checkpoint and murdered one of the drivers at around midday on September 3. 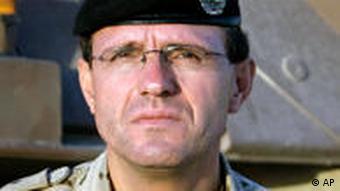 NATO fighter jets bombed the riverbed site after the local German command base reported enemy contact. At the time of the strike no NATO troops were at the site, though Taliban fighters were allegedly there.

It is unclear whether the German commanders had seen aerial photographs showing a crowd of civilians near the tankers. Many of the people near the fuel tankers were killed when a pair of US jets acted on orders to bomb the site at 1:49 a.m.

On Wednesday (March 20, 2013), a civil case will be opened at the regional court in Bonn, Germany, with two relatives of the victims as lead plaintiffs against the German government. The victims' lawyer has demanded between 20,000 euros and 75,000 euros ($26,000-$98,000) in compensation for each of the 137 reported casualties, claiming Klein killed the civilians premeditatedly. The defendant is the German Ministry of Defense on behalf of the Federal Republic of Germany. The ministry's lawyer, Mark Zimmer, said he would push for the case to be dismissed.

Popal represents 79 relatives of the alleged 137 civilian victims. "Most of those killed were young people and children," Popal told DW. "Curiosity got the better of them when they saw two trucks outside in the middle of the night."

Popal said he beleives Klein is responsible for the incident. Although a criminal lawsuit against Klein has already been suspended, Popal's legal team has lodged an appeal and hopes to take the matter to the German Constitutional Court. 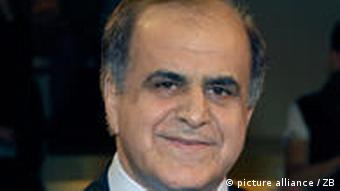 "Mr. Klein acted erroneously," said Popal. "He made the decision himself, and he saw the civilians. Despite this, he consciously and intentionally issued the command for an airstrike, even though the pilots at first refused."

If necessary, Popal said he is prepared to take the case all the way to the European Court of Human Rights - but at the same time he said he believes this won't be necessary.

"I assume that we will win," he said of the proceedings in Bonn. He referred to paragraph 839 of the German civil code, according to which officials who intentionally violate their duty are obliged to provide compensation for resulting damages. In this particular case, Klein acted on behalf of the German government, which, according to Popal, should be held liable for the damage caused.

"In this case, Col. Klein wasn't acting primarily on behalf of the Federal Republic of Germany but was integrated in a NATO system," Zimmer told DW. "Because of this, his superiors were NATO officers and not German army officers."

For this reason, emphasized Zimmer, the German government is the wrong target for a lawsuit.

He also disputed the validity of the liability claim proposed by Popal. Since the incident was part of an armed conflict, Zimmer said the law concerning officials could not be applied to to the case: "In war, there are different laws."

An additional argument in the ministry's favor is that the criminal lawsuit against Klein was dropped by the Federal Public Prosecutor General, confirming Klein hadn't acted illegally.

"We have two goals," said Zimmer. "The first is to have the claim dismissed. Also, it would be nice to receive confirmation that the officials liability law does not apply to armed conflicts." 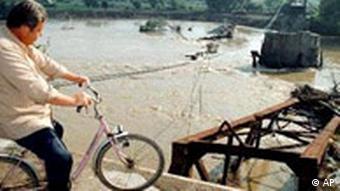 The victims of the Varvarin bombing had their claim rejected

Judge Heinz Sonnenberger, who is presiding over the case, dealt with a similar situation in 2003. Ten civilians had been killed and 17 injured during a NATO airstrike on a bridge near the Serbian town of Varvarin in 1999, shortly before the end of the Kosovo conflict. As a result, 35 Serbians claimed compensation ranging from 5,000 and 100,000 euros. Sonnenberger dismissed the claim on the grounds that "neither in international law nor in government liability law is there a legal basis" that allows an individual to sue a state "for the consequences of war."

When the Kunduz case opens on Wednesday, both sides will present their side of the argument and the judge will decide whether an out-of-court settlement is possible. If this is not the case, a date will be set to hear the case.

Their missions are dangerous and covert. Details about German Special Forces operations are only revealed in the aftermath - if at all. And even then, not much information gets out. (25.10.2012)

A German colonel, Georg Klein, who ordered a tragic bombing near Kunduz three years ago, will be promoted to the rank of general. The Bundeswehr says it’s ‘normal’, but Afghan survivors view it as a provocation. (13.08.2012)